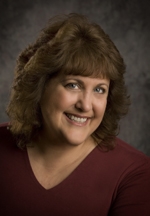 Margulies is the owner of Paula Margulies Communications, a public relations firm for authors and artists. She has received numerous awards for her short stories and novels, and her essays have been published in a number of professional journals and magazines. She has been awarded artist residencies at Caldera, Red Cinder Artist Colony, Centrum, and the Vermont Studio Center. Margulies resides in San Diego with her husband and two teenagers.