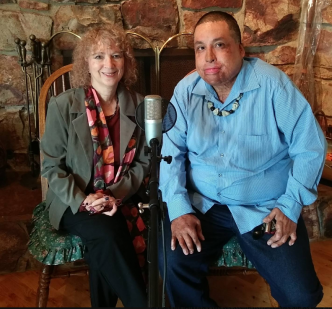 We invited both candidates onto our radio show at KNSJ 89.1 FM.  Reyes accepted; you can listen to his full interview at the audio link and view highlights below.

Councilman Hall declined, citing dental surgery, but did answer written questions earlier in the campaign which you can read here.

Rudy Reyes says he’s running because he didn’t want a seat to go unchallenged. “Santee City Council is having a problem with it not listening to the voice of its city and its voters…I’m also running with the issue that development has pretty much put a few of these developers in its pocket.”

He disagrees with his opponent’s vote to study the Santee General Plan Initiative instead of putting it on the ballot immediately. The initiative, if approved, would require a vote of the people before any major development project requiring an amendment to the general plan could be approved.

He says that with the city going into a deficit, “We didn’t have $40,000 to waste on a report. “The reality is that they did it just as a method to stall so that any development that was in the barrel or coming down the barrel had a chance to get itself in before the fact.” He says the initiative has a retroactive clause to look back at projects approved before 2018.

He opposes Fanita Ranch, a massive housing project long  in the works.  “It’s a fish that’s long rotten,” says Reyes. “That project is over 30 years before the council and has made a lot of illegal decisions that has set it back.”  He claims Hall is “in the pocket of developers.”

Asked how to improve traffic gridlock,  he says “We’re working on this 52 coalition” which is trying to get other cities and areas involved since much of the traffic comes from outside Santee.  He wants to use smart technology to coordinate traffic lights to go down thoroughfares such as Mast Boulevard during morning rush hour, for example.

To bring jobs in, “I would like to see us take the old industrial park near the swap meet/drive in theatre and renovate it and offer that to tech industries to keep our jobs in Santee” which would also keep traffic down.  He says he fears that if the deficit is not address in the next two years, a deficit caused largely by rising pension costs, Santee could have to unincorporated as Lemon Grove is looking at. He wants to prevent that, and suggests putting up at least one electronic billboard onto each of three freeways to bring in $1.5 million.  The fire survivor would also consider allowing sponsorships of city vehicles such as fire trucks.

He is endorsed by the San Diego Democratic Party and local Democratic clubs as well as former San Diego Councilwoman and ex-newscaster Marti Emerald.

You can read more about Rudy Reyes at www.electrudyreyes.com and on Facebook at https://www.facebook.com/Rudy-Reyes-for-Santee-City-Council-166555743358495/