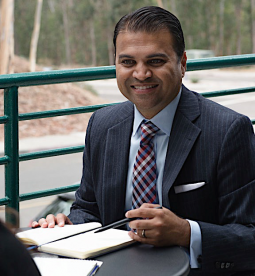 January 28, 2018 (San Diego’s East County) – Shamus Sayed, a Republican running in the 50th Congressional District for the seat currently held by Rep. Duncan Hunter, calls himself a fiscally conservative, socially moderate Republican.  He says he’s running, “because I want to make a change” and because he wants to bring “integrity and accountability” to the offices.

Rep. Hunter is under criminal investigation by the Justice Department for alleged use of campaign funds for lavish personal expenses.  A federal grand jury has recently been convened, raising the potential for an indictment, though Hunter has stated recently that he has no intentional of stepping down.

Sayed grew up in the district, where he and his wife have raised two sons. He runs Interpreters Unlimited, a business recognized for its success by the Small Business Administration and Ernst and Young. He also holds a biology degree from UCSD.  He wants to reduce regulations on small businesses to help create jobs and opportunity for all. He also wants to help businesses offer health insurance to workers.

He also gives back as president of the FBI Citizens Academy Alumni Association and has served on the Captain’s Advisory Board for the San Diego Police Department, helping with efforts such as homeless children, finding missing children and help police outreach to diverse communities.

He voices concerns of a “toxic” division under President Donald Trump as a key factor that motivated him to run. “I had to do something,” he says. A son of immigrants who works with newcomers to America at his interpreters’ company, he also volunteers with Heart 4 Refuges; in addition, he and his wife have adopted a refugee family.  His motto is “Treating everyone with respect to help all of us prosper.”

He differs from Hunter on some immigration issues, noting that Dreamers “didn’t have a choice” in coming here as young children and “they want to give back.”  He supports protection for Dreamers and supports border security, but believes there are better ways to improve it without spending $18 billion on a wall.  He supports use of technologies to better monitor the border, for example, and have funds to “benefit the wellbeing” of people in the district.

He voices empathy for refugee families fleeing war and violence. “They have no choice. They leave everything behind,” he says, citing a Syrian family his family adopted that had fled from Iraqi to Rueky. “He had severe health issues and they chose not to operate on him because he was of a different religion,” he notes, adding that his adoptive family went through a six-month “extreme” vetting process already.

He is also concerned about the San Diego region’s high homelessness rate.  He would support federal incentives for businesses to hire homeless individuals as well as transitioning the long-term homeless through programs such as job training and addressing addictions.

Sayed differs from Hunter’s call for the U.S. to make a first-strike against North Korea and he disapproves of Trump’s taunting of Korea’s leader over the size of his nuclear button, for instance. “As a mainland military stronghold,” he notes, San Diego could be a target of North Korean nuclear missiles. “For San Diego, a diplomatic solution must be the answer,” he believes.

He supports the Second Amendment right to own guns as well as enforcing laws on the books to protect against gun violence.

On environmental and fire safety issues, Sayed takes a science-based approach.  “The problem, the change, needs to be identified at the top,” he says of climate change.  He cites the dramatic extremes seen from California to Florida. He believes “100 percent” that climate change is real, and also believes mankind’s actions can help reverse it through legislative action such as recycling and tax credits on solar.  He opposes opening San Diego’s coastline to offshore oil drilling, which the Trump administration has called for.  With 88% of America’s energy needs already met domestically, he believes that gap could be closed without the need for environmentally destructive actions.  He wants more support for first responders to stop fires early and prevent major wildfires.

On Net Neutrality, which the Trump administration has just rolled back, he says, “Pay to play is going to make it very challenging” regarding internet access particularly in areas such as rural East County where dial-up is already slow.

On education, he voices concerns over large class sizes today compared to when he was in high school. He says he “100 percent supports more resources going back to the public school system” noting that teachers too often have to buy their own supplies. “We need to teach children with the special attention that they deserve,” he says when asked his views on vouchers.  “Is a voucher the answer? I don’t believe it’s the only answer…but at the end of the day, we just need more money coming into the system.  I want that choice. Right now we don’t have that choice.”

On women’s issues, he says, “The Me-too movement is more than simply saying I support you as a male to a female. As a father of two boys, that support is really going to be done in how I teach my boys.”  On reproductive choices, he says he has five nieces, sisters and a wife. “ I have full faith and trust that all females have the ability to make that decision" taking into account spiritual factors and other factors without government interference. 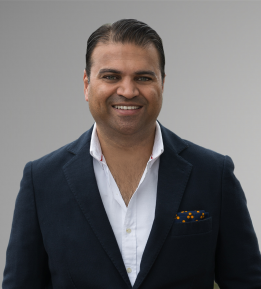 ns, religious discrimination and civil rights, he says, “A big part of that is why I am running. The division is so great right now,” adding that as a “visibly ethnic person” and a Muslim he has personally experienced profiling in airports even though his own father nearly lost his life  when he was scheduled on one of the hijacked flights that crashed into buildings on 911, before a last minute schedule change.

‘We need to acknowledge that we are all American and treat each other with respect,” he says.  Regarding Trump’s statements, Sayed adds, “The division that’s been created is very, very disturbing.” He believes lawmakers “need to take efforts to do something about it.” In addition to showing respect for people of all races and religions, he also believes disaffected white Americans need to be shown respect too. “They need to be fully available of the resources to them…because they are all Americans.”

He opposes the partisan divide that has led to repeated government shutdowns, noting that such division would never happen on any corporate board. He supports bipartisan solutions, adding that “focusing on the public” is where that should be.

Asked his views on Special Counsel Robert Mueller’s investigation into the President and Trump-Russia ties, he says it would be “purely speculative” to discuss where the investigation might go, but says Mueller should “absolutely not” be fired.  “We need to let the investigation go through.”

Sayed pledges that “my focus is on the district.”  He says he will hold regular town halls around the district to be accessible to constituents, even meetings over coffee or pizza.  “That’s a major platform plank for me, transparency…My job will be, should you vote me in, to represent you, to represent the district, not represent my interests or the interests of XYZ corporation.”

Sayed is one of several candidates in both parties vying for Hunter's seat as the Feb. 7 filing deadline approaches.

You can learn more about Shamus Sayed’s candidacy or contact him at www.ShamusforCongress.com.