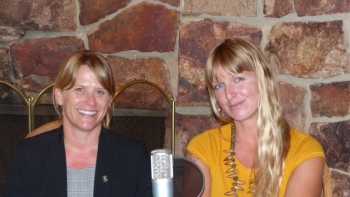 December 15, 2019 (San Diego)-- San Diego Foundation Opening the Outdoors recently presented over $450,000 in grants for 13 programs that increase access to the outdoors for thousands of young people and local residents, also improving 17,000 acres of natural land and four miles of trails in San Diego County.

Recently, we interviewed Lydia Van Note, director of environmental initiatives for San Diego Foundation and Lacey Cannon, executive director of indigenous regeneration, a grant recipient working on tribal projects ranging from eco-building to creation of a food foraging forest. The tribe is also embarking on an ambitious project to plant a trillion trees using drones, helping to combat climate change.

The interview originally aired in October on the East County Magazine Show on KNSJ, 89.1 FM. Listen to the full interview by clicking this audio link, and scroll down for highlights.

The program arose out of a report showing 49% green space in San Diego County but a significant part of the population lacks access. The program partners with donors to engage youth and families to “seek access to the healing powers of the beautiful outdoor space that we have in San Diego,” Van Note says.  The program started in 2010 and has raised hundreds of thousands of dollars, supporting nonprofits connecting people to outdoor spaces.

Preserving natural spaces helps address climate change and build appreciation for nature.  More and more doctors are also now actually prescribing time in nature for its healing properties. In addition, preserving open spaces provides economic benefits in our region, which has the most biodiversity of any county in America.  Those include tourism as well as increased property value in communities with parks and open spaces.

Indigenous Regeneration was formed by a group of local activists, musicians and tribal members to create environmental impacts on reservations to help each tribe become more sovereign and less government dependent.

“We’ve been blessed,” says Cannon of funding from the Opening the Outdoors program, which has supported a six-acre educational campus teaching about food, medicine and eco-building on the San Pasqual  reservation, enabling youths from multiple reservations to spend time in the outdoors and learn about these systems in the San Diego ecosystem.

Another tribal project is an 11-acre food forest with edible plants that are also fire resistant. The food forest includes walking trails “to allow our community to freely forage there,” Cannon explains

The tribe also teaches eco-building of homes from materials on reservations, in partnership with local colleges. Ultimately they hope to build a gathering space and expand to help all tribes.

Another program funded by San Diego Foundation is Urban Surf for Kids, which takes kids who have never been to the beach and teaches them how to surf. Cannon, who is married into the Kumeyaay Nation, notes that our region is their origin place, at the beach along La Jolla Shores.

In East County, programs include San Diego River Park Foundation’s effort to decrease barriers to nature for immigants in El Cajon.  That incudes a multi-lingual map of Forrester Creek watershed.

Another is San Diego Canyonlands for trail building, a program at Chollas Creek in the Lemon Grove area, a nature collective program with Escondido Union School District through a summer camp and teen mentorship, a collaboration in San Diego with public libraries, and more.

“The goal of the program is to assure that we are engaging all of our communities, particularly those  communities that are disenfranchised or not necessarily represented, really to engage those communities and help them have access to the beautiful resources that we have across our region.”

For a more detailed list of projects funded through the Opening the Outdoors program, see ECM’s earlier article here.

San Diego Foundation’s environmental initiative started more than a decade ago, including a Climate Change initiative as well as Opening the Outdoors.

Tribes are involved in a very ambitious tree planting program to help address climate change.  One project involves planting a trillion trees in ten years.  “Part of helping that and helping with carbon sequestration in San Diego County involves planting with drones,” Cannon says. They are recruiting youths to help plant trees with drones at all local reservations.

“We’re hoping actually that all tribes in the United States will join the program and that we will be able to reforest each reservation, making a big dent in the trillion trees and also partaking in a lot of carbon sequestration and having a large environmental impact in the country,” says Cannon. She hopes to see counties and the U.S. Forest Service adopt the model and ultimately, to have go worldwide. 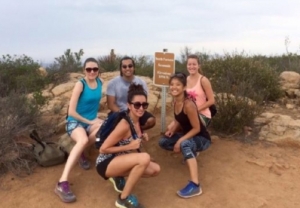 For the future, Van Note hopes to find other opportunities on a national level to bring in more funds to partner with local donors to address watershed issues and move local leadership into resiliency to address climate change.

For more information, you can visit https://www.sdfoundation.org/ . “I would love to help anyone learn more about these programs,” Van Note says.