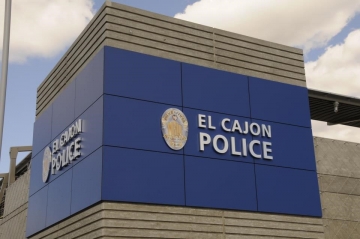 October 25, 2016 (El Cajon) – A hearing is set for tomorrow at 3 p.m. in U.S. District Court in downtown San Diego on a restraining order sought by the NAACP and several individuals who claim they were falsely arrested for holding peaceful protests and vigils in the wake of the Alfred Olango shooting by an El Cajon Police officer.

The protesters claim that El Cajon Police and San Diego Sheriff departments are violating constitutional freedom of assembly and free speech rights at the vigil site, amounting to “martial law” according to a Facebook event page posted by the law office of Bryan Pease.

Police have contended they had a report of a gun, though no gun was found. They have since said the property owner has requested help to keep protesters off private property.

No photography, video or audio recording is allowed in the federal courthouse.

The NAACP also plans to hold a press conference outside after the hearing.