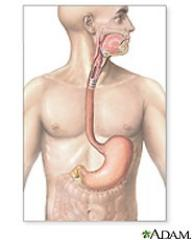 The new study by doctors at the German Center for Neurodegenerative Diseases researchers was published today in JAMA Neurology, a medical journal published by the American Medical Association.

The drugs are in a class known as proton pump inhibitors, or PPI, which work by reducing stomach acid.  PPIs include Prilosec, Nexium and Prevacid. The study compared patients age 75 or older who regularly took the medications to patients in the same age group who did not take the drugs.

Also troubling, an earlier study found a link between a second class of heartburn medications, H2 blockers, and dementia.  H2 blockers include Zantac, Pepcid and Tagamet.

The studies looked at patient data  Researchers could not determine conclusively whether the drugs caused development of Alzheimer’s and researchers say clinical studies are needed.

The findings are particularly disturbing in the U.S., where concerns have previously been raised by medical experts about overprescribing heartburn medications or antacids to treat minor cases of acid reflux. A study published in the journal JAMA Internal Medicine found that up to 70% of PPI prescriptions in the U.S. were not necessary and even 25% of long-term users could quit taking the medication without having heartburn reoccur.

Besides potentially increasing the risk of Alzheimer’s, PPI overuse can also raise the risk of kidney disease by 20 to 50 percent, the same study found.

So how could heartburn medications impede cognitive abilities?  PPIs can cause vitamin B12 deficiency and also impact levels of amylois beta and tau, proteins linked to Alzheimer’s  disease, CBS news reports.

So how can you reduce heartburn, or acid reflux, without resorting to these medications?  Experts say you can try eating smaller meals, avoid eating caffeine, spicy foods, or chocolate, and avoid lying down for several hours after a meal.