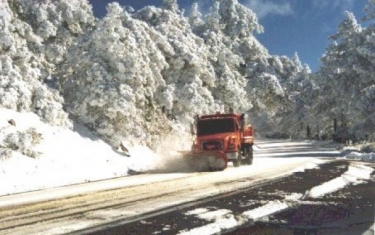 January 22, 2021 (San Diego’s East County) – Two cold winter storms are forecast to sweep into our region.  The first will bring widespread rain this weekend with snow at higher elevations. The second, a much stronger storm, is forecast to bring heavy rains and possible urban flooding, also dropping the snow level down to below 3,000 feet in mountain and high desert areas Monday and Tuesday.

The first storm Friday night and Saturday could bring 1 to 5 inches of snow and possible thunderstorms. Storm two could bring up to 10 inches of snow in the mountains as well as heavy rainfall downpours in urban areas. Both storms will also bring gusty southwest winds and near-gale force winds over coastal waters as well as high surf and hazardous marine conditions.

The severe weather will impact travel particularly in areas such as I-8 through the Laguna Summit and Cajon Pass along I-15 in the north.