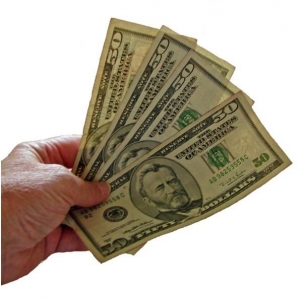 October 17, 2016 (La Mesa) — Substantial campaign contributions are pouring into the La Mesa City Council race.  Topping the list is challenger Colin Parent, who has raised $63,668 as of the most recent campaign filing deadline.  Incumbent Council member/attorney Kristine Alessio has raised $16,000 of which nearly all, $15,000, is self-funded.  Council member Ruth Sterling’s campaign has raised $3,600, which is 100% self-funded.

Parent states, “Unlike my opponents, I am not able to self-fund my campaign from family wealth. Fortunately, I have many long-time friends who believe in me and my vision for La Mesa, and I am grateful for their support,” says Parent, an attorney who specialized in affordable housing for Governor Jerry Brown’s administration and is currently counsel for Circulate San Diego, working on transit, walkable communities and climate change issues. “I am working hard to communicate with voters in La Mesa about the need for change at City Hall.”

Parent’s donors include some prominent La Mesans including former Mayor Art Madrid and retired Planning Commission Chair Dexter Levy.  But the vast majority of his donors are from outside of La Mesa, with about $9,200 from outside San Diego County.  That includes hefty donations pouring in from Democratic politicians, fellow attorneys, green energy companies and about $16,700 came from building industry interests including developers, architects and engineers.

There were several donations of $1,000 or more including $2,500 from Terra Steward in La Mesa, $2,500 from Foshay Solar Energy in San Diego, $1,072 from Dale Parent, a registered nurse in El Cajon, $1,000 from the La Mesa Foothills Democratic Club, $1,000 from attorney Eric Alan Isaacson in La Jolla, $1,000 from Caleb Roope in Idaho, an affordable housing developer at the Pacific Companies, and $1,000 from Brandon Freeman, an engineer in San Diego.

It’s shaping up to be one of the most expensive Council campaigns in La Mesa’s history.  In 2014, Bill Baber spent $47,588 on his successful Council race.

The donations listed for the current Council candidates do not include any independent expenditure campaigns, such as political action committees (PACs) or political parties that may have spent money on mailers, ads or signs.

But big expenditures don’t necessarily guarantee success.  In 2010, realtor Laura Lothian spent$11,074 on her mayoral bid with another $37,000 spent on her candidacy by an independent expenditure campaign funded by real estate interests. Despite more than $48,000 expended, Lothian finished last out of a field of five candidates, drawing just 10.15% of the vote in that race, when Art Madrid won reelection. Madrid was later defeated in 2014 by current Mayor Mark Arapostathis.

Ms. Raferty - Thank you for bringing this information into the public domain. More than $60,000 from outsiders and special interests to help someone breeze into town, insinuate he is a local, and buy a council seat is beyond the pale. Still worse, the money trail has many people fearful and fuming about where his loyalties will be placed. The information you provided are essential to our understanding of what's going on. Please keep digging and reporting.

Excellent article.
So, an outsider candidate (he's lived here eighteen months) who worked for Jerry Brown, relies completely on outside campaign contributions (only 3K of the total 63K is from La Mesans), and has no experience in or understanding of our town, wants to use La Mesa as a rung in the ladder to higher state office.
That makes it easy.
Reelect Alessio and Sterling.