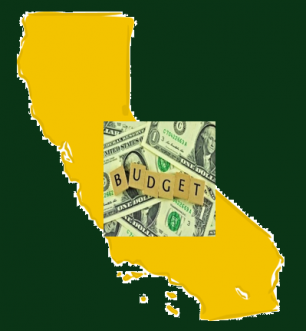 February 9, 2022 (San Diego) – Despite a pandemic and record wildfires, California is experiencing a strong economic record and higher than expected revenues, resulting in a projected record budget surplus, The state projects a $45 billion surplus, including $20.6 billion in discretionary funds  Just how those funds should be used, however, has prompted a wide range of opinions.

The Governor has released his proposed budget for the Legislature to consider. Cal Matters has posted a budget surplus game where you can try your hand at balancing the budget, choosing your priorities for spending as well as changing or slashing taxes. A video released by State Senator Brian Jones, a Republican representing East County, suggests that the entire surplus should be returned to taxpayers.

Other priorities include reducing homelessness and increasing mental healthcare, expanding healthcare, helping short-staffed hospitals, restoring paid leave for sick workers, and adding police to combat retail smash-and-grab thefts. The Governor also wants to boost aid to schools suffering from reduced attendance during the pandemic and increase the number of California students at state colleges and universities.

Jones’ proposal to improve the lives of Californian by simply returning $1,125 to every resident would mean not funding any of the Governor’s priorities listed above.

The Governor must revamp predictions in May, when the next round of data on revenues for early 2022 comes in. The Legislature has until June 15 to pass a balanced budget, or forfeit getting paid.