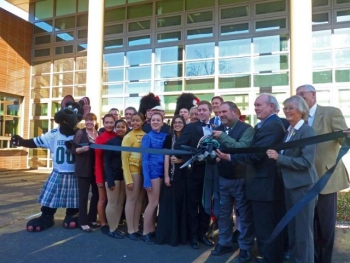 By Janis Mork and Miriam Raftery

The dedication opened with students playing bag pipes and included the official ribbon cutting by Helix executive director Dr. Mike Lewis, a tour, speeches by education leaders and elected officials, and a dramatic musical performance from some of the students. 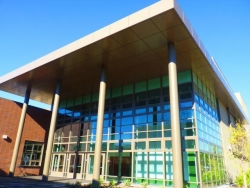 Gregg Osborn, chair of the Performing Arts department at Helix, thanked the public “who got behind the bond measure,” which funded the ambitious project.

La Mesa Mayor Art Madrid observed that students who participate in the arts have higher grade point averages and are more apt to be successful in other areas of life.

Lemon Grove Councilmember Racquel Vasquez called the facilty “awesome. There’s learning and then there’s art and when you put it all together it makes a well-rounded individual. My daughter actually graduated from Helix High School and she participated in the speech and debate program as well as the dance program.” She feels the experiences helped her daughter, now a biochemistry major at San 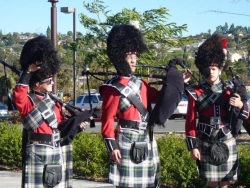 La Mesa Chief of Police Ed Aceves, a Helix graduate back in 1982, had this to say. “This is a great opportunity to provide some state of the art facilities for young kids that are very talented who in the past maybe didn’t have such great facilities.”

Damon Chase, the 10th grade level principal and athletic director who was  involved in the construction process, told ECM, “Construction started in January 2012 and opened on January 8 to the students.”

Students formerly held dramatic productions in a cramped, all-black Little Theater, with music rooms and other arts-related studies scattered across the campus. 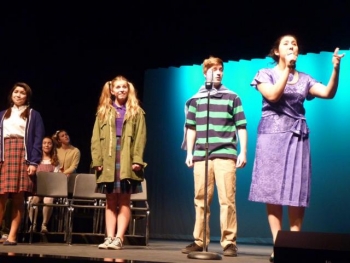 After Prop U passed in 2008, Chase said, “Each campus was surveyed for the needs/wants assessment.. We determined early on that [the complex] was a priority.”

Mainly the teachers and staff laid out the design for the complex including former administrator, Dr. Doug Smith.  “LPA came out and looked at the site.. we looked at the features”, Chase added.

“We’re excited about our new dance room and our new facility,” a student, who asked not to be named, told ECM.  “We love it because our last room was really old and the panels on the ceiling were falling off and there were holes so when it rained, we had to set up trashcans. Everyone else used dance room, like the wrestling team.” The new facility will have space dedicated to dance, as well as dressing rooms, she concluded with a smile.