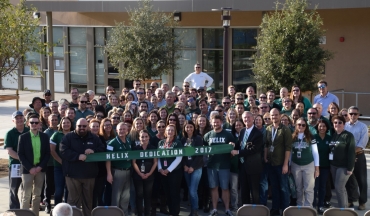 Helix Charter High School, built in 1952 as the second high school in the Grossmont Union High School District (GUHSD), has undergone numerous remodeling projects thanks to the passages of Proposition H in 2004 and Proposition U in 2008.  To date, nearly $85 million in voter-approved bond monies have been invested into new and upgraded facilities, infrastructure projects, public safety and accessibility enhancements, and hardscape and landscape improvements at Helix. The recently-completed phase of modernization involved the following: 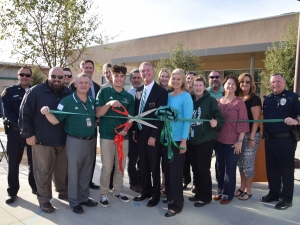 Facility improvements also include the construction of solar carports in the student lot as part of the districtwide solar Power Purchase Agreement (PPA). The Helix photovoltaic installation will generate approximately 2.34 megawatts of clean energy annually, reducing utility costs by nearly $8 million over the life of the 25-year PPA.

Established in 1920, Grossmont Union High School District encompasses an area of approximately 465 square miles, including the cities of El Cajon, Santee and Lemon Grove, most of the city of La Mesa, a small portion of the city of San Diego, and the unincorporated areas of Alpine, Dulzura, Jamul, Lakeside and Spring Valley. Over 24,000 students are served by the district’s schools. More information about Grossmont Union High School District can be found at www.guhsd.net.