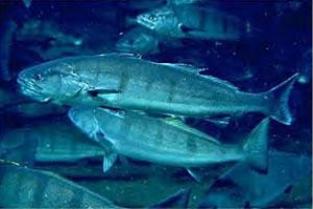 The program is conducted in partnership with the California Department of Fish & Wildlife and Get Inspired, Inc and funded in part by Chevron, the County of San Diego, and San Diego Gas & Electric.

Helix is one of five San Diego school programs that have benefitted from expansion of the Institute’s SITC program last year due to the generous ongoing support of public and private local partners.

The SITC program incorporates a hands-on learning experience into school science curriculum and couples it with field activities related to the release of cultured marine fish. The program teaches the students about aquaculture and stock enhancement as they grow, feed, tag, and finally release the fish into local waters. Each fish is tagged internally in the cheek with a very small, stainless steel coded wire tag so movement, diet, and survival information can be obtained from tagged fish that are caught in future.

SITC is part of the Ocean Resources Enhancement and Hatchery Program (OREHP). OREHP is the result of an extraordinary partnership between California State resources agencies, public utility companies, sports fishing groups and the scientific community, to restore the depleted populations of recreationally and commercially important marine fish.

From the 1950s to the 1980s, annual party boat catches of white sea bass in California dropped from over 55,000 to less than 3,500. Partly as a result of that, in 1983, the OREHP Advisory Panel identified white sea bass (Atractoscion nobilis) as the most appropriate species to initiate this long-term research program.

Since program funding is generated by fishing license fees north of the Mexican border and south of Point Arguello, HSWRI’s fish culture, tag and release, and assessment activities are focused in Southern California.

Thanks to private donor support, funding from public utility companies, and the ongoing support of sport fishers and sport fishing groups, OREHP has released more than 2.3 million fish. Adult fish have been recovered up to 15 years after release and more than 350 miles from their release site.