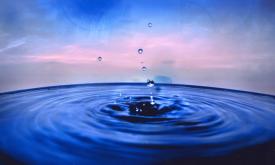 June 14, 2014 (La Mesa)--Helix Water District’s board of directors on Tuesday approved a preliminary budget for fiscal year 2014-15 that calls for a rate increase of 4.5 percent for the average domestic-class customer.  The increase amounts to $5.93 on the average bimonthly bill—well below the anticipated 6.2 percent or $8.23 increase that was approved last year as part of a two-year rate notice in accordance with requirements of Proposition 218.

The budget’s $87.9 million in expenditures includes $37.5 million for wholesale water purchases, $34.7 million for operating expenses, and $15.7 million for capital projects to maintain the District’s $1.5 billion infrastructure.

“This budget sets the course for the District for the coming year and provides for the continuing delivery of services to our customers with upgrades in technology and infrastructure,” Board President Chuck Muse said.

The preliminary budget is the District’s financial plan for the next fiscal year.  It reflects the agency’s efforts to minimize water rate increases, a press release from the District states.

“We have been working diligently with our water wholesalers, San Diego County Water Authority and Metropolitan Water District, to reduce the rate increases for the cost of water purchases, and that work has finally paid off,” Board Vice President DeAna Verbeke said.  “The District was able to lower the proposed increase from the 6.2 percent planned to 4.5 percent for the average customer who uses 25 units of water bimonthly.  That’s about $3 per month.  I am appreciative that the District managed to hold its operating expenditures flat to help minimize the impact to our customers.”

The FY 2014-15 Preliminary Budget was developed using the following guidelines:

• Align budget priorities with those identified in the District’s strategic plan;

• In August of 2013, the District’s board voted to approve a multi-year rate increase and issued a notification informing the public of this schedule. Fiscal year 2014-15 is the second year of this multi-year increase to the rates for water service fees and the increase for the District’s average

In developing the District’s preliminary budget, several factors were considered.

The District declared a Drought Level 1 on February 19. This and historic low rainfalls make it difficult to anticipate customer demand for fiscal year 2014-15; however, the demand is projected to be relatively flat.