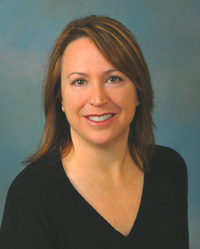 September 26, 2012 (La Mesa) -- Lori Kern-Greenberg is running for  the Helix Water Board against long-time incumbent Chuck Muse.  In a questionnaire sent by La Mesa Citizens Oversight Group, she answers detailed questions on water rates and accuses board members of "lining their own pockets" while ignoring the needs of ratepayers in the district.

"Water is not a commodity. It is not bought and sold on the stock market. Water is a necesssity and the board has a responsibility to the ratepayers to keep all rates as low as possible," she states, adding that she wants to change the tiered-rate structure so that everyone will pay the same rate.

A union member with backing from the Democratic Party, she none-the-less believes there must be give and take on both sides.   "The board needs to be stronger and stand up to staff." She wants to see more negotiating to seek a balance. She believes workers deserve fair wages and benefits, but adds, "it seemst o me by being so generous, the board members are lining their own pockets."

She also faults closed-door sessions and lawsuits filed against the district that shes notes "are going to cost the ratepayers."

The needs of ratepayers are not being met, she charges. "From what I've reviewed and witnessed at board meetings, the representation for the ratepayer is not there...I was upset when the board moved the meetings to afternoons. This mean the working public couldn't attend meetings," she observed. "All it shows is that the board didn't want public input."

Her opponent voted against a move to lower rates and has failed to look at cost-cutting options such as furloughs or closing the office on alternative Fridays.

He hooked up with Michael Beck, Endangered Habitats League, to advocate for and to promote the now-defunct El Monte Valley Recharge Project. Besides the costs related to the failure of that project, there are the ongoing legal costs to fight a lawsuit that resulted from that project which was filed December 2008.  Helix Water has lost most of the rulings in the case so far, and it has not gone to trial yet.  The minimal amount that the district will have to pay out if they lose the whole thing is $7 million, probably much more.  It will be the ratepayers who pay the settlement because the district is not insured for this kind of lawsuit.

He is beyond arrogant and rude when it comes to the public.  He shows only contempt for them and cannot insult them enough.

Get rid of him.