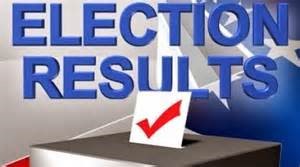 Update December 1, 2016: Lou Tejeda has taken the lead over Dan McMillan by 103 votes in the Helix Water District One race.  In the Alpine Union School District race,  Travis Lyons' lead over Lou Russo has shrunk to 25 votes.

The elections will be certified December 8 after all votes are tallied.

November 27, 2016 (San Diego’s East County) — Three weeks after the election, races in the Helix Water Board District and Alpine Union School District have tightened, with a potential for upsets once the final votes are tallied.

It’s clear that both incumbents on the Helix Water District Board have lost their seats. Mark Gracyk won a resounding victory over incumbent Chuck Muse in district 3, picking up nearly 58% while Muse got just 18% and Erik Collins, another challenger, 24%.

But in District one, with four candidates in the running, positions have shifted since election night.  Incumbent John Linden is still in third place with just 25% of the vote and Aaron Zajack is in a distant fourth place with 5%.

However, on election night, Dan McMillan appeared to have a solid win with 37% to Lu Tejeda at 31%.  A former member of both the San Miguel Fire District and Padre Dam Municipal Water District boards, McMillan has substantial name recognition.  Now, however, with many later mail-in ballots counted, McMillan’s lead has shrunk to just 7 votes—with the two in a near-dead heat at just under35% each.

Tejeda, a former Helix employee, may have gotten a boost from a late-breaking story revealing that someone at Helix illegally leaked a personnel file on Tejeda to the press, which showed a proposed disciplinary action against him years ago. Tejeda fired back that the action was in retaliation for a discrimination claim he filed against the district. Helix has said it’s investigating the leak, which may have sparked a backlash in Tejeda’s favor.

Another close race is in the Alpine Union School District, where two seats are up for election.  Joseph Perricone is still solidly in first place with over 29% of the vote and 708 votes more than Travis Lyon.

Lou Russo had briefly pulled ahead of Lyon, but now trails Lyon again by 63 votes.

A key issue in the Alpine race is whether the district should continue funding a lawsuit against the Grossmont Union High School District over bond funds to build an Alpine High School.  Lyon is supported by backers of the Alpine High School, while Russo has said he believes money spent on litigation would be better used to fund classroom supplies or hire more teachers.

The San Diego County Registrar of Voters has until December 8th to count all ballots and certify the election results.