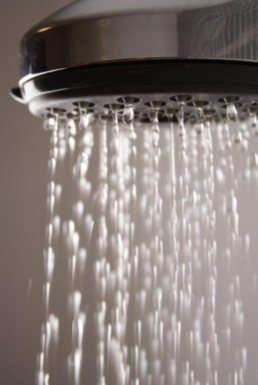 By Mike Allen
October 30, 2019 (La Mesa) -- Customers of Helix Water District complaining about their bills doubling and tripling found out their perceptions weren’t in line with reality.
The venting about the bills began about a week ago on the online community forum website Nextdoor, instigated by one customer who said her family’s water bill increased 130 percent over bills she received in the last four years.

The poster wrote that the family cut its usage by four percent, installed artificial turf, and has been diligent in taking steps to conserve water, “and yet our bills increased.”

Another forum member said her bill was much higher. “Ours was almost three times normal and my husband did call to no avail--of course it is something we did,” she wrote.
“Yes, our bill also increased a lot. Almost doubled,” wrote yet a third resident.
Helix Water District spokeswoman Michelle Curtis said some 40 customers who complained about their bills were contacted, and the district’s service team checked into their past usage.
Turns out the customer is not always right as the district’s investigation found nearly all their bills were similar or just slightly higher than what they used during the summer months in previous years, Curtis said.
“For the majority of those customers their recent bills for that period’s usage was in line with what they used in the summer months during previous years,” she said.
The fact that this summer was hotter than normal probably caused many to use more water. When it’s cooler, people generally use less, she said.
Other customers discovered that though they did have higher bills, the causes were either greater use than they believed, leaks, or in one case, a pool malfunction. A few new customers only had partial bills so when they received the full, two-month bill it surprised them, Curtis said.
The range of customers usage went from below 20 units to more than 100 units, Curtis said. One unit equals 748 gallons of water.
When presented with the facts, most customers were surprised but appreciated that Helix staffers took the time to call them and provide them with the information to better understand their bills, she said.
One of Helix’s board of directors, Kathleen Hedberg, also got involved and came into the district office to meet with some of the customers, said spokesman Mike Uhrhammer.
Several customers took advantage of Helix’s free home water use evaluation which involves a deeper dive into water use and gives customers recommendations on how they can further cut their use and bills.
The fact is that water is costing more for everybody in San Diego thanks to rate hikes instituted by the Metropolitan Water District in Los Angeles which provides most of the water to San Diego County. That increase was passed on to most water districts by the San Diego County Water Authority. Most districts installed a schedule of rate hikes several years ago, and those hikes are still taking effect.
A five-year schedule for Helix Water was approved in October 2015 and is in its last year starting in January 2020, Uhrhammer said.
Helix Water covers some 50 square miles and includes the cities of La Mesa, Lemon Grove, El Cajon and parts of unincorporated Spring Valley. It has some 275,000 customers, the second largest water district in the county behind only the city of San Diego.