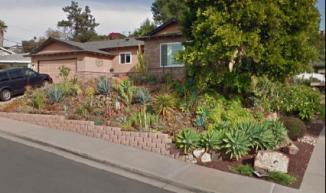 After converting to a low-water landscape, Patel-Lynch’s single-family home on Highwood Avenue uses just one third of the water it consumed a few short years ago, averaging 12 units per two-month billing period in 2016. One unit is 748 gallons.

“About five years ago, I decided to beautify the exterior of my home,” Patel-Lynch wrote in her contest entry statement. “The front landscape was covered with ivy, which must have been popular in the 1960s when the house was built.”

Patel-Lynch noted that she had always admired the water-wise yard of her nearby neighbor and friend, Angela Shaw.

“The decision to go drought-tolerant was a ‘no-brainer,’” Patel-Lynch wrote. “With cuttings from (Shaw’s) mature plants, I was able to cover quite a radius. Plus, in a quest to have variety, I have purchased succulents/cacti from various nurseries,” including barrel cactus, beaver tail cactus, fire sticks, sunbursts, and agave.

Helix will invite Patel-Lynch to receive her prizes—gift cards totaling $250 and an award certificate—at a ceremony at the Water Conservation Garden in Rancho San Diego at 10 a.m. on Sunday, May 21.

Patel-Lynch also will get a WaterSmart contest winner’s sign to display in her yard. It will join a La Mesa Beautiful sign she said she was awarded about two years ago for a win in that competition’s “best color and design” category.

Although Patel-Lynch said she is quite happy with her yard, she said there is always more to do.

“I did it myself,” she said. “And that gives me pride. It keeps me rejuvenated. I’m constantly tinkering... because it’s never really done.”

Photos of Patel-Lynch’s yard will appear in the winners section at landscapecontest.com, along with Helix’s past winners and those of other local water agencies, as well as on the district’s website, hwd.com.

Call for entries for the contest usually begin in January of the competition year and the deadline for submissions is in early April. More information can be obtained through the Helix website, hwd.com, or Facebook.com/HelixWater or Twitter @HelixWater. 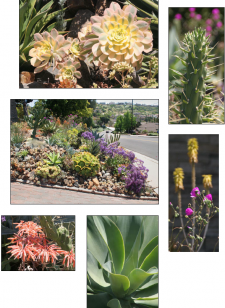