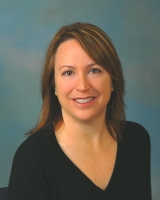 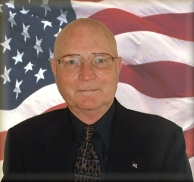 In the race for seat three, there are two candidates: incumbent Chuck Muse and challenger Lori Kern-Greenberg. Kern-Greenberg responded to all questions in detail on topics ranging from water rates to transparency. (Scroll down for her replies.)

Muse refused to answer any questions, instead sending a brief reply: “All information you requested can be found on my web site.” (Editor’s note: In fact, only some of the topics are addressed on his website, which can be viewed at www.chuckmuse.org.)

“I’ve always been interested in water. I grew up with a friend of the family on the Metropolitan Water District Board so water was always in our conversations at Thanksgiving and Christmas. Water is a necessity. I didn’t like the way that the current board was treating it, like it’s a commodity, and raising our rates unnecessarily while giving themselves gold-plated benefits.

“My background is in journalism. I have a bachelor’s in journalism and I wrote for newspapers and magazines for a good ten years. I know how to ask questions. I even covered water issues.  I also have a small business, my husband, Andy and I have a guitar shop so we know how to balance our budget and live within our means.  I am also a graphic designer working at UCSD as a publications coordinator; I can be critical and I can state my positions clearly to the public and board members.”

The board is there to represent the public, so they should at least listen, and maybe go with what the public wants or if they know better, explain why. An example is the tiered rate system. The public goes in and tells the board constantly how unfair it is; after analyzing and looking at it, it is unfair. The first ten units you pay less than the cost of water so anybody who uses less than 10 units is subsidized by those with backyard fruit trees or gardens that they have to water. The board has not listened to the public, and they should.  They seem to do everything staff wants on this board. It’s important to listen to staff, but also bring up questions and stand up to staff when necessary. One example is staff isn’t paying into the pension fund, however the board gave them a cost of living increase to offset their contributions and yet pension debt is still unfunded.”

“Water costs are increasing and will continue to increase; we live in a desert and we import most of our water…the main challenges are to keep water rates as low as possible for the ratepayers.  I think we can do it.  I think there are other areas in the budget that can be adjusted; for example staff and the board both have gold-plated benefits where they don’t even pay a co-pay for medical. …You could have furloughs or alternative work schedules so they could close down every other Friday to save on energy costs and utilities. Maybe we can create other sources of income as well, such as cell towers.”

“Looking at other sources of water to diversity. Desalinization is on the table at the moment but will be costly.  The El Monte Reclamation project was a fiasco that resulted in litigation; we want to avoid other boondoggles but we do want other sources of water. If there were more ways to capture run-off, utilize grey-water and water recycling.”

“My view is that the rate structure is unfair. Everybody should at least be paying the cost of water if not a little bit more for their usage.  It should be fair for everybody so that people who have large families, farms, or orchards are not subsidizing those at the low end, people who are at the low end.  I would, however, look into exceptions for those on disability or seniors on fixed incomes, for instance.”

“I would move the meeting times back to when people are off work, rather than in the afternoon.  They moved meetings to 2 in the afternoon when the public is at work…It goes against the grain. They should really be accessible to the public all the time, whether the public shows up or not.  I would be happy to share any information, written or otherwise, as well. My opponent, Chuck Muse, brought forward a motion to stifle the board from talking to the press.  Fortunately he backed down, perhaps realizing the unconstitutionality of stifling free speech, however this shows how out of touch he is with the rights and in fact, the duty of board members to talk to the press and assure that the public is fully informed.

One other thing I would like to mention here is that we need to re-implement the water conservation education programs. They have been cut over the past few years “to save money.” I can tell you, it hasn’t saved much. Bringing back these programs will save more money for the ratepayers in the long run.”

Responses from candidates for other seats on the Helix Water District Board will be published once received.