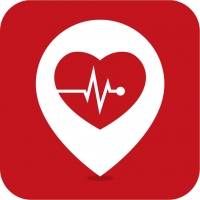 August 9, 2014 (San Diego’s East County) - Every minute that a victim of sudden cardiac arrest waits for CPR, their chance of survival drops by up to 10 percent.

Now the County of San Diego is teaming up with PulsePoint,  a new smartphone application, that lets citizens who are trained in CPR know when their help is needed. So they can step in during those critical moments before a paramedic arrives. It is now available in the San Diego region, thanks to the County and a coalition of local agencies.

Supervisor Ron Roberts stated,  “Sudden cardiac arrest is a leading cause of death in our country, and just 8 percent of those who experience it survive. We can do better. This app can help us change these grim statistics,” he added.

The San Diego region is one of the largest in the U.S. to launch the app, joining over 500 other localities nationwide already using the Pulsepoint app.

When a 9-1-1 call for sudden cardiac arrest comes in, an alert goes to the app at the same time that first responders are dispatched. Citizens who are signed up for the app and nearby the incident are notified of the location of the victim as well as the closest publicly accessible defibrillators.

How effective the app is in a community depends on citizen involvement. You’re encouraged to get trained in CPR and sign up to receive the alerts. The American Red Cross, American Heart Association, and San Diego Project Heartbeat provide trainings throughout the year. You never know, you may just help save someone’s life!

You can download the app through www.PulsePoint.org .  The site also has a companion app called PulsePoint AED, which allows the public to register the locations of publicly accessible defibrillators in their community.