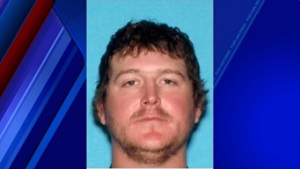 According to the Sheriff’s department, Patton met a friend the day before at Viejas Casino & Resort in Alpine. The pair later met up at Sycuan, where Patton reportedly stayed and continued gambling.

Patton was last seen walking toward Dehesa Road. He was wearing a white Nike hoodie and dark jeans.

He is described as 6 feet 2 inches tall, weighs 250 pounds, and has brown hair, green eyes and a short beard.