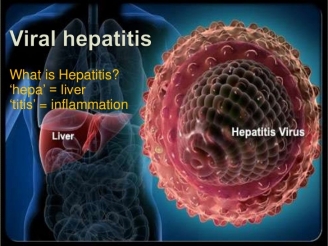 Yvonne Garrett with the City of La Mesa informed ECM on Friday that the County  “confirmed to us this morning, 8 cases in La Mesa.” She added that the city is working to set up a meeting with County health officials and city staff “as soon as we can.”

La Mesa has not yet responded to questions from ECM on where the city’s hepatitis cases occurred or what steps the city will be taking to prevent spread of the disease.

Santee has not yet responded to ECM’s request for more information on hepatitis exposure there. The County has also not provided details on where the cases in the unincorporated county have occurred, or how many there are.

The County has declared a public health emergency due to the countywide Hepatitis A outbreak.  As of September 11, 2017, 421 local cases have been reported since November 2016. Of those, 292 have been hospitalized and 16 people have died.

According to the report, “Case clusters have been reported in individuals who have used the same homeless services providers and in the following locations with shared restrooms: jails, single room occupancy hotels, residential drug treatment facilities, group homes, and assisted living facilities. Four healthcare workers have contracted HAV in this outbreak, as have six food handlers, although no secondary cases have resulted from the individuals working in these sensitive occupations.”

Hepatitis A is spread primarily through fecal contamination, so to avoid it you should wash your hands frequently and avoid touching doorknobs or sink handles in public restrooms or other places likely to be contaminated.  It can also be spread through sharing drug needles, food, drink, utensils or cigarettes.  Sexual partners and people living in the same household as hepatitis A patients are at risk, as well as healthcare workers, social workers, and others who come into contact with exposed individuals.

The disease is contagious from two weeks before symptoms develop until a week or more after. Symptoms include nausea, diarrhea, jaundice, fever, malaise, dark urine, light-colored stools, and abdominal pain.  The disease can resolve with no permanent effects, but can sometimes cause liver damage or even death.

Alcohol-based wipes and disinfectants may not be effective against this strain of hepatitis A, so washing hands with soap and warm water for at least 20 seconds is important.

The hepatitis A vaccine is also advised for anyone at risk. Of the hundreds of local cases, none have occurred in anyone who received the vaccine prior to exposure.

Under the Affordable Care Act, hepatitis A vaccines (HAV) are covered as preventative care without a deductible or a copay.  The vaccine is also covered by Medi-Cal without prior authorization.