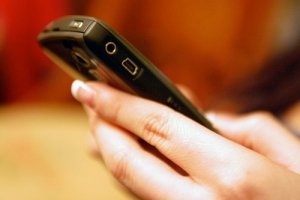 February 20, 2015 (Lakeside) – A 21-year-old substitute custodian with the Grossmont Union High School District was arrested yesterday after texting a 14-year-old female student to arrange an off-campus sexual liaison. Deputies from the Sheriff’s Sexual Assault Unit and Santee Sheriff’s station are continuing the investigation to determine if there are any additional victims.

Elias Morales II allegedly exchanged inappropriate text messages with the student at El Capitan High School in Lakeside asking her to meet him. Sheriff’s deputies later posed as the student and agreed to meet him at 10133 Main Avenue in Lakeside, where he was taken into custody, according to Lieutenant Duckworth with the San Diego Sheriff’s Department.

During the investigation, Grossmont Union High School District officials and Sheriff's officials worked collaboratively to ensure the safety of the students and community.

The Sheriff's Department encourages parents to be aware with whom their children communicate while using social media and communication devices.

Sheriff's Deputies booked Morales into the County Jail for violations of Penal Code 288.3—Communicating with a Minor with Intent to Commit a Specified Sex Act and 288.4(2)(b)—Appearing at an Arranged Meeting Place for Purpose of Committing Lewd Acts with a Minor.

Morales' bail was set at $50,000 dollars. He was released today after posting bond and his arraignment is scheduled for February 27th in El Cajon Court.