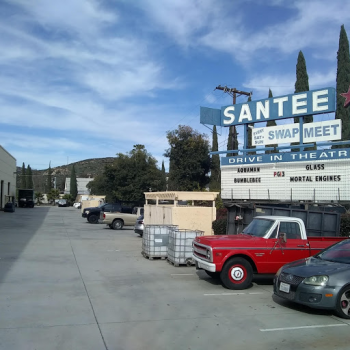 But where to put housing geared to low income earners, and how that construction will impact other properties are not easy subjects, as was revealed at the latest City Council meeting Jan. 23.

The agenda item that prompted much frustration and hand wringing was a proposed residential condo development on a parcel owned by the county. City Ventures, a large Irvine-based developer, recently obtained the 22-acre parcel which is now in escrow. The company wants to build 365 new units at the site, which is just east of Town Center Community Park, behind the YMCA.

The site that was once considered for a senior citizens residence would shoehorn two and three-story condos,  built in that omnipresent Spanish-cookie cutter architectural style. From the map provided to the city, there was nary any open space proposed, except for a pool and community house.

But it turns that out however dense this project is, it’s far less than the current zoning allows. The parcel is designated R-30, or 30 units per acre so theoretically, City Ventures could have requested 660 units.

City Ventures asked for a down-zoning of the land, to one that permits building between 14-22 units per acre. The change would still trigger an amendment to the city’s specific plan for the Town Center area, but given what the R-30 zone permitted, the Council would likely give its blessing.

Yet things aren’t so simple. Because Santee had earlier identified the parcel as one that could accommodate new low-income housing, a new state law that took effect last year requires the city to find alternate sites for the much-needed low income homes that this project would displace.

So city planners gave the Council some alternate sites to consider--including the Santee Drive-In movie complex on Woodside Avenue (one of only two drive-in theaters left in the county and 330 drive-ins in the United States; several have been granted national historic designations). A second alternative is a 22-acre site just east of Las Colinas Detention Center where the historical Barn sits. There was also a 5-acre site on Buena Vista Avenue where a single house exists.

All this didn’t sit too well with several residents who spoke against the City Venture project.

“We do need low income housing but to this magnitude?” asked Lynda Marrokal, a council candidate who was unsuccessful in the November election. “To slam this kind of size of this development in our city is just bizarre.”

Gary Strong, representing the Santee Historical Society, said he hoped if the project was approved that the Barn, one of the oldest structures in Santee, could be preserved.

“We can live with high density housing...We hope to keep that asset for the city for a long time to come,” he said.

Complicating an already difficult situation is a citizen’s General Plan Initiative that is slated to go to the voters in 2020. The initiative, whose proponents gathered more than 4,000 signatures to qualify for the ballot last summer, was effectively squashed when the council voted to conduct a study on the possible impacts rather than let voters decide last November.

If the initiative takes effect, the city would have to put any low-income project to a vote before it could be approved, because of a need to increase or change the zoning, city planners said.

Mayor John Minto said the City Ventures proposal presented a conundrum for the Council. On one hand, they have a developer that is reducing the zoning capacity at the 22-acre site, but approval means having to replace 600 low income units elsewhere. Not building those units would likely incur a penalty by the state, he cautioned.

Councilman Rob McNelis said if the parcel is down zoned for the 365 units, then other parcels will need to be up zoned to handle 600 low income units. “If the voters say no, we will still have to meet our state mandates (for building new housing),” McNelis said.

Councilman Stephen Houlahan, elected in 2016 as a slow growth candidate, said the city should stick to what the current General Plan permits, and ask whether the proposed plan fits what the state wants. This one doesn’t, so the project should go to the voters, he said.

The proposed 365 unit project wasn’t up for approval at this week’s meeting. The city was giving the developer the chance to hear what the Council thought about the plan so it could decide if it wanted to go ahead with it or make some changes to make it more acceptable. City Manager Marlene Best suggested the developer get together with city planners and see if some low-income units can be included in their plans. 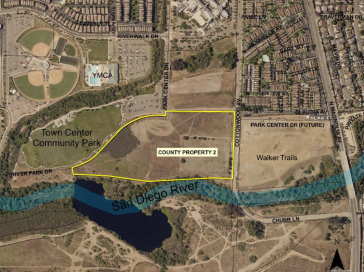 Nobody from City Ventures spoke on the project.

Minto summed up the situation, saying that yes, the developer should know the Santee Council is open to looking at the plan, “but it may not be approved.”

In other actions, the Santee Council approved spending some $28,000 for a joint feasibility study with the cities of La Mesa and Chula Vista for a community choice aggregation agency, or CCA. Such entities have been adopted by 19 cities in California as a way to give customers potentially lower utility rates, while using higher amounts of natural power such as solar and wind generators.

All eight speakers applauded the city staff for finding a cost-effective way of getting more information about CCAs, and what risks a small city would incur by setting up an independent CCA or joining a much larger joint powers agency as has been proposed by the city of San Diego.

Under the CCA arrangement, power companies such as SDG&E would retain control over the transmission of power as well as the billing, but the entities would be responsible for purchasing contracts with power providers.

Justin Schlaefli, a resident, listed a host of possible risks associated with CCAs, including financing requirements and labor cost risks, and noted for the small savings the CCAs are purported to give customers, he’d prefer the  assurance of having a stabilized grid above all.

“I’d rather pay 2 percent more for grid stability,” he said.