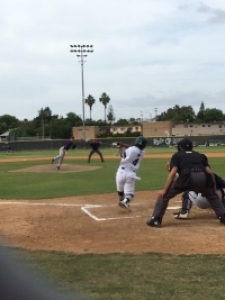 April 25, 2017 (La Mesa) - Santana High School baseball paid a visit to Helix to take on the Highlanders.  It promised to be a fun matchup, with the Scottie dogs sporting an incredible 13-7 overall record (3-1 in league) coming into today.  The Sultans were even more impressive, coming into the contest undefeated in league play (4-0) and 14-6 overall.  Junior Keaton Chase took the mound for the Highlanders against senior Tristan Salinas for the Sultans. 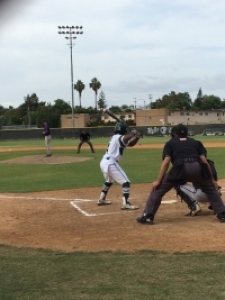 Both teams threatened in the first, but it was the Highlanders who took advantage of Salinas’ bad pitching in their half of the inning.  Salinas walked senior catcher Hunter Isbell with the bases loaded to give Helix a 1-0 lead.  Senior Connor Konishi hit a sac fly to score junior Brandon Peterson and the Highlanders led 2-0.

Salinas was replaced by senior Logan Linscott and he didn't fare much better.  After Isbell’s leadoff double in the third, senior Roman Padilla knocked an RBI single to center to drive him in and the Highlanders led 3-0.

The Highlanders added one more in the sixth when senior Matthew Richardson hit a sac fly that scored sophomore pitcher Erick Smelko and Helix won the first game of the series 4-0 to improve to 14-7 overall and 4-1 in league.  The Sultans pick up their first loss in league play and fall to 14-7 overall. 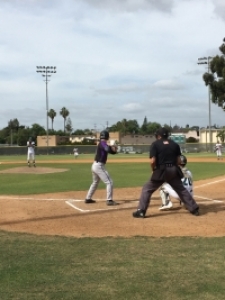 The two schools will play the second game of the series tomorrow.  First pitch is set for 4:00 p.m. 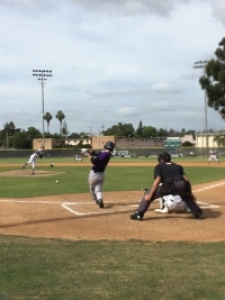