October 9, 2020 (Lemon Grove) -- On Monday, Sept. 14, all four candidates running for Mayor of Lemon Grove participated in a forum to discuss their visions for the city. Two of the candidates, Councilman Jerry Jones and Mayor Racquel Vasquez, already hold elected office. The other two candidates, Kamaal Martin and Christopher Williams, are political newcomers who say their backgrounds in finance will help the budget-strapped city.

The full forum can be viewed at https://www.youtube.com/watch?v=wVtSH4cwfEQ

Read highlights of the discussion are below.

Each candidate’s standout quote, background and other views are included. Candidates are listed in alphabetical order.

Each candidate had an opening and closing statement and answered questions about the budget shortfall, the possibility of disincorporating the city, racial equity, public safety, a shuttered youth rec center, housing, homelessness, blight and adding new businesses in the city.

Candidates were also asked about  Williams’ lawsuit against the city alleging an assault by Councilman David Arambula following an alleged discussion of proposed cannabis’ dispensaries at the Councilman’s home. (Arambula has contended he acted in self defense but did not notify law enforcement or colleagues on the Council.)

“We have to fight for our community. I don't mind doing our fair share [in regards to building housing], but I’m not going sit still while these rich communities get away with not doing their fair share.”

Jones has been on Lemon Grove’s city council for many years.

Jones said his concern with disincorporating the budget-strapped city would be that it would give SANDAG the opportunity to add more density around the trolley stops in the area, something he has been fighting on the board against.

Jones believes new cannabis taxes could save the city’s budget and other streams of revenue can be added if needed.

Public safety is the city’s prime objective. He said he isn’t hearing people in the community calling for less policing, if anything, they want more.

Jones said he is proud of not raising taxes in the past despite budget issues, but that may not be possible in the future.

Jones said he has been a part of planning commissions in the past and smart development plans, but the issue now is that SANDAG increased the housing allotment it wants Lemon Grove to meet.

He indicated that as a city official, he can’t comment on Williams’ lawsuit against the city, but Jones previously told ECM that he was unaware of the physical altercation when voting on the dispensary applications.

Jones said the city cannot afford another four years of Vasquez or the inexperience of the other two candidates.

“I believe we have to turn Lemon Grove into the cleanest and greenest city in San Diego County.”

Martin has worked in government previously as well as running a financial planning business.

Martin believes sales tax needs to be increased to fix the budget deficit and also wants to increase public-private partnerships. He wants to hire a full-time grant writer.

Martin said the rec center would not be opened overnight, but a solution does need to be found because providing youth with recreational activities will cut down on crime and law enforcement budgets.

Martin said the city needs to leverage its agriculture history and make the city more green and clean.

Martin supports transit-oriented development. Martin said the downtown plan already calls for higher density and said he could see buildings going up to three or four stories if residents are engaged in planning. He believes the rural feeling in parts of Lemon Grove needs to be preserved.

“As a city, our priorities are to protect public health while maintaining the essential services that residents and businesses depend on daily.”

Vasquez has served as the mayor of Lemon Grove since 2016 after years of working in public relations for the City of San Diego.

She said that she added new methods of budget transparency after 20 years of budget spending in the city.

Vasquez said Sheriff’s deputies in Lemon Grove are diverse, but a local crisis team to address homelessness is still needed.

Vasquez said although she ran in 2016 on opening the rec center, when she entered office and saw the budget, she realized it would not be possible to open the center until revenue increased. Vasquez said opportunities funded by the county have been in place for local youth but the situation is not ideal.

Vasquez said she is proud of the work the homeless outreach team has done regarding homeless.

Mayor Vasquez, who reportedly learned of the altercation between Williams and Arambula shortly after it occurred, according to deposition transcripts, did not respond when asked why she didn’t disclose the incident before the City Council voted on Williams’ dispensary applications. She indicated that she is not allowed to comment on litigation against the city.

Vasquez said she is joining with other mayors to fight the 1300 units SANDAG told the city to add to Lemon Grove.

“What we need to remember is that Lemon Grove is a business and it needs to be looked at, at least some of the time, through the lens of business.”

Williams is a hedge fund manager and business owner.

Williams said disincorporation cannot be completely off the table because it is up to taxpayers to decide where they want their money to go. He promised an open and collaborative discussion to find out what was working and not working in the city.

Williams said middle ground is needed in finding ways to reallocate funds from the sheriff’s department.

In regards to his lawsuit against the city for an alleged assault by Councilmember David Arambula, Williams explained he did not officially press charges because he was scared for his and his family’s wellbeing. He said he is the only person being truthful and transparent throughout the process.

Williams said two of his opponents have promised to open the rec center but have not been able to get it done. He said that he would open it if he were in city hall.

Williams said developments need to be added to increase tax revenue and lower housing prices. He said housing is paramount. Said he is supportive of four or five story buildings with retail at the bottom. Said downtown should be walkable. Also supports cleaning up blight.

In his closing statement, Williams said he will focus on downtown expansion and homelessness. 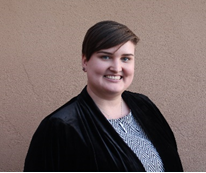