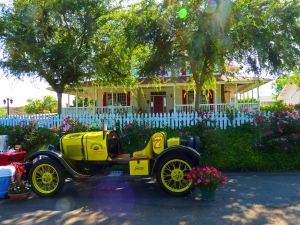 June 20, 2018 (San Diego’s East County) – A trip along Highway 94, a state-designated historic highway, is like traveling through time—a place where you’ll find elements ot the region’s colorful past juxtaposed against new elements such as the region’s emerging wine industry, an Indian casino and golf courses.

To get to this two-lane highway stretch from San Diego, take the freeway portion of State Route 94 east through Spring Valley to Rancho San Diego, where it becomes Campo Road ,then turn right at the signal light to stay on 94/Campo Road, a two-lane country highway heading south. 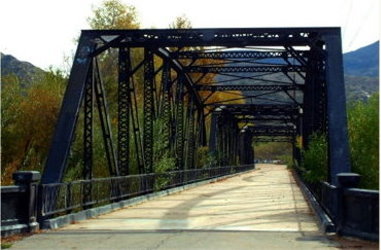 The journey begins at the Steele Canyon Bridge on your right, built in 1929 over the Sweetwater River. There’s a trailhead at the bridge leading into the Sweetwater National Wildlife Refuge.

Across the street is the Rancho San Diego shopping center where you can stock up before your day trip at an Albertson’s supermarket and a Target store. You’ll also find some interesting restaurants including Hooley’s Irish Pub and Grill, rated by Irish pub owners worldwide as the best Irish pub outside of Ireland. Other options include the Luna Grill serving fresh Mediterranean foods, an Italian restaurant, a barbecue spot and a TGI Friday’s. 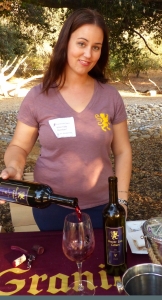 A growing number of wineries have sprouted up along Highway 94 in recent years and are starting to produce some award-winning wines.  These include Casi Cielo Farm and Winery, where you can view some farm animals as well as taste wine and buy wine jellies, Granite Lion Cellars, which has a beautiful outdoor picnic area by a babbling brook beneath shady oaks, Dulzura Vineyard and Winery on a historic ranch and Deerhorn Valley Vineyards, which also has olive oils and balsamic vinegars. Further east you’ll come to Campo Creek Vineyards, the southernmost winery in the U.S., open by appointment only and Westfall Winery, the region’s newest winery.

Pass through the small town of Jamul, where you can saddle up to the bar – literally – on saddle-shaped bar stools at the Habaneros Mexican Restaurant. 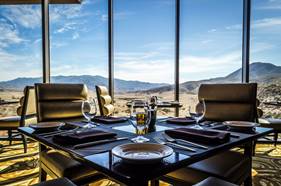 Just past the town is the Jamul Indian Village, a small reservation that is home to the Jamul Casino. Besides gaming the casino also has several restaurants, notably the Prime Cut steakhouse with views of rolling hills through a wall of windows. Other options range from Chinese food to the 94 Loft with craft beers and seating on an outdoor terrace.

Kumeyaay Native Americans were the first occupants of the region. Spanish missionaries later used the area for grazing cattle. In 1831, the Jamul Valley was granted to Pio Pico, the last Mexican governor of California as Rancho Jamul. Later, American farmers and settlers moved in. 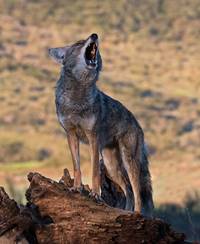 There are large natural preserves in the Jamul area, including the San Diego National Wildlife Refuge,  the Rancho Jamul Ecological Reserve and Hollenbeck Canyon Wildlife Area; the latter allows hunting in season and fishing. Wildlife ranges from coyotes and foxes to bobcats, mountain lions, raccoons and many species of birds.

The scenic drive along 94 takes you through rolling hills that in springtime are as green as any you’ll see in Ireland, turning brown in summer heat.  Next is Dulzura, meaning sweetness in Spanish. The Clark Ranch here was once famous for its pickled figs, but today produces wines instead. 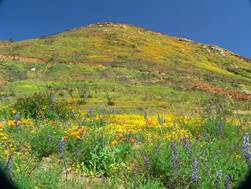 After Dulzura, the highway hooks to the left and you’ll have to pass through a Border Patrol checkpoint, even though you’re within the U.S. They will ask for your citizenship and your vehicle may be subject to a drug-sniffing dog; though marijuana is legal in California its’ banned federally, so don’t take any weed products with you.

Then the road starts to climb, skirting the federal Hauser Wilderness area  You’ll go through mountains and meadows which in spring may be filled with wildflowers.

Eventually the road drops down into a canyon, where you’ll see a turn off to Barrett Lake, noted for its bass fishing and the whimsical Barrett Junction Café best noted for its Friday night fish fry and eclectic décor that will make you feel like you’ve just stepped back in time 75 years or so.

The road climbs precipitously from there, with hairpin switchbacks to the top of the Tecate divide.  There’s a turnoff south to the Tecate international border crossing, where you’ll need a passport if you decide to venture south of the border. Tecate, Mexico is 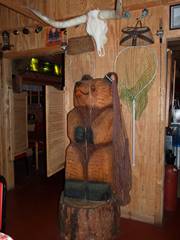 best known for its pottery and beer-making prowess.

Continuing on Highway 94 brings you to Potrero, a small town with a general store that dates to the 1880s and the Potrero County Park, where you can camp beneath century-old oak trees. 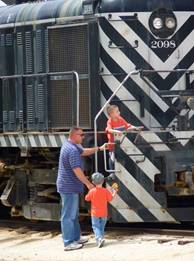 Eventually you’ll reach Campo, where the main attraction is the Pacific Southwest Railway Museum, where you can ride a historic train or explore exhibits of railway memorabilia.   The facility offers several fun seasonal themed rides for families at Easter, Halloween and a Polar Express ride over the Christmas holiday season.

Other points of interest in Campo include the Old Stone Store, a county museum that recounts the famous Gaskill brothers gunfight which occurred here in the outpost’s wild west days. There’s also a museum upstairs dedicated to the Buffalo soldiers, an all-black Army Cavalry Brigade.  Old car buffs will also enjoy the Motor Transport Museum.

From Campo, Highway 94 continues east to Boulevard, where RIbbonwood Road will take you north back to Interestate 8, a freeway that provides a much faster return route ton San Diego in the west or the Anza Borrego Desert and beyond, Arizona to the east.

Alternatively, you can make your way onto Old Highway 80 for a stop at the Wisteria Candy Cottage 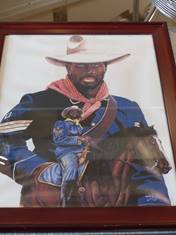 for delicious hand-made sweets or perhaps the Golden Acorn Casino along a different route back to I-8 that takes you through the Campo Indian reservation.

Historic Highway 94 was once a wagon train and stagecoach route connecting San Diego to Arizona and points farther east.  Learn more about the history of this colorful region at the Highway 94 Club website.