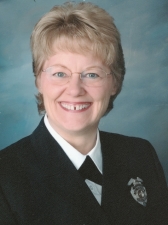 Adams is a veritable "Founding Mother" of Lemon Grove having worked for civic incorporation and spearheaded the "Family Town Meeting" workshops in April 1977 that led to the establishment of urban planning and management practices in the fledgling city.

Many of the ideas in the workshop handbook were incorporated into the City's first General Plan (1980) and expanded in its second General Plan (1996). Today, as the City develops its third Plan, the early vision of Adams and her cohort of visionaries is stronger than ever.

After graduating from SDSU in 1975 with a degree in Recreation, Adams was hired to serve as Community Schools Director.  For three years, working under a "Great Schools" grant that she raised from the Stewart Mott Foundation, she brought local residents into school facilities to share talents and skills in a range of events and activities. Her goal? Help Lemon Grove to cohere as a community intent on building an "ideal town of citizens who care about each other." 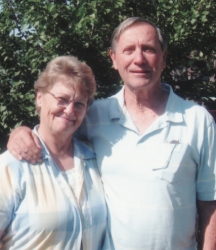 Following retirement, the couple increased their volunteer leadership at the First Baptist Church of Lemon Grove.  Both remain committed to "a well-planned, organized city with priority given to quality growth and renewal."

Questions and answers, and refreshments, will follow the presentation.

"History Alive" is made possible in part by the Mary England Endowment for Education, and videotaping of the lectures is made possible by a Community Enhancement Grant from the San Diego County Board of Supervisors on the recommendation of Supervisor Dianne Jacob.  The Historical Society's videographer-in-residence is Robert Stuckey, Enamored Eye Productions.