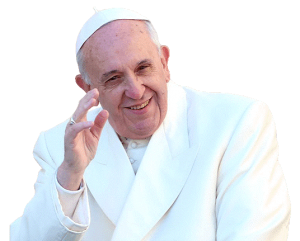 December 26, 2014 (San Diego)--At a Christmas Eve mass in Rome, Pope Francis made a plea for the many children who are suffering around the world. “Truly there are so many tears this Christmas," he said, asking for divine intervention to save children who are victims of violence, made objects of trade and trafficking, or forced to become child soldiers.

Then on Christmas Day, the Pope told tens of thousands gathered in St. Peter’s square that the Middle East has suffered the effects of conflict for too long now.  In a reference to the refugees who have fled ISIS terrorist in Iraq and Syria, the Pope appealed to the world to offer compassion “so that all who now are suffering may receive the necessary humanitarian help to overcome the rigors of winter."

Meanwhile in Hawaii, President Barack Obama marked the end of more than a decade of combat in Afghanistan by visiting a Marine Corps base ,where he told the troops this Christmas Day that their sacrifices have allowed for a more peaceful, prosperous world to emerge out of the ashes of 9/11. By year’s end, the U.S. plans to pull out nearly all of its combat troops.  At the peak of the war, over 140,000 U.S. troops were in Afghanistan, but the U.S. along with NATO allies plan to leave just 13,500 there for training and support of Afghan forces.

The President said that challenges remain in places like Iraq, but he made clear, drawing applause from the troops, "Because of the extraordinary service of the men and women in the American armed forces, Afghanistan has a chance to rebuild its own country. We are safer,” the President concluded, then vowed, “It's not going to be a source of terrorist attacks again."

In Sacramento, California Governor Jerry Brown issued 104 pardons for Christmas.  All of the pardons went to former prisoners who had served their sentences and who have received rehabilitation certificates from a court for staying out of trouble for at least 10 years.

The pardons included 10 to people from San Diego County. The offenses ranged from thefts to growing marijuana. A pardon means the offense is expunged from the records, helping former offenders to obtain jobs, serve on juries and vote.

Sony released “The Interview,” the controversial film about an assassination of the North Korean dictator that prompted a cyber-attack on Sony and threats against movie theaters.  The movie was released in select art theaters after major theater chains initially refused to air it. It was also released online, though hackers took down Sony PlayStation and numerous illegal downloads were also reported.  Some viewers  saw buying the film as an act of patriotisim after the FBI linked the cyber-attacks to the North Korean government, though North Korea has denied responsibility. The release has reportedly netted about a million dollars for Sony so far, far less than the $40 million cost of production. But the reviews by those who have seen the comedy have been largely disappointing for Sony. The Wall Street Journal called the film "torture," while a Variety critic likened it to an "evening of cinematic waterboarding."  The movie played locally at the Media Arts Center to a sold-out crowd, where some called the film hilarious and one theater-goer  thanked Korean dictator Kim Jung Il for drawing so much attention to the film, 10 News reports.

The National Weather Service has issued a frost advisory for Friday night and early Saturday morning in the mountains, valleys, deserts and even portions of San Diego’s coastal areas.  In addition there’s a wind advisory in effect for valleys and mountains, with gusts up to 45 miles an hour possible. Temperatures have been brisk, falling into the mid-20s in some local inland areas.  So bundle up and stay warm this holiday weekend!