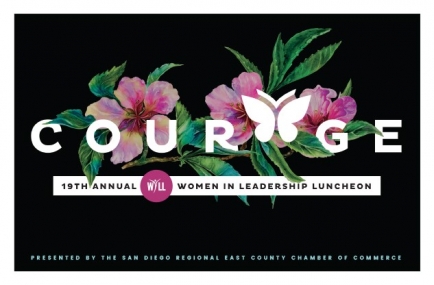 October 9, 2021 (El Cajon) – Courage is the theme of the 19th annual Women in Leadership Lunch (WILL) presented by the East County Chamber of Commerce on October 22 at Viejas Casino & Resort.

The keynote speaker will be Rose Schindler (photo, below right).  Born and raised in Czechoslovakia, Rose was deported to Auschwitz along with her parents, aunt, five sisters and two brothers when she was just 14 years old. She is a member of the ’45 Aide Society and involved in The Butterfly Project, whose mission is to educate students about the Holocaust. Schindler has also been the president of the New Life Club, a local San Diego organization of Holocaust survivors. Her video testimony is included at the USC Shoah Foundation Institute – the organization founded by Steven Spielberg. 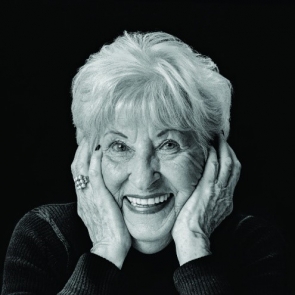 She previously received the Jewish Heritage Month Local Heroes Award from KPBS television in 2016 and was named a Woman of Valor during the 24th Annual Lipinsky Family Jewish Arts Festival. A sought-after speaker, Rose continues to recount her story regularly at schools and events.

KUSI news anchor Lauren Phinney of Good Morning San Diego will emcee the Women in Leadership Luncheon, where awards will be presented to local women leaders.

Get tickets and details at https://www.business.eastcountychamber.org/events/details/19th-annual-women-in-leadership-luncheon-13424?calendarMonth=2021-10-01.