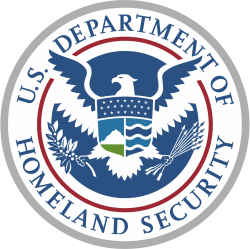 February 28, 2015 (Washington D.C.) – A shut-down of Homeland Security due to take effect Saturday has been postponed, but only short-term. On Friday, the House and Senate passed a one-week funding bill which the President signed shortly before midnight.

Republicans in control of Congress still refuse to pass a longer term funding measure unless it includes language to repeal immigration reforms that President Barack Obama issued by executive order.

The last-minute action forced the Obama administration to start preparations for a shutdown which was narrowly averted, but could still occur if a longer-term funding measure is not approved this week.

Even a bill to fund Homeland Security failed to win passage, with extremists willing to shut down Homeland Security if they could halt deferred deportation for undocumented family members of legal immigrants and citizens.

Democrats have asked for separate votes on a “clean” Homeland Security funding bill to protect national security and a separate vote on immigration issues, but Speaker John Boehner, a Republican, has refused to bring a clean bill up for a vote.

The one-week emergency funding measure was passed with cooperation of House Minority Leader Nancy Pelosi, a Democrat from California, and Speaker Boehner.

Not all Republicans oppose a long-term funding measure.  Republican Charlie Dent of Pennsylvania, who serves on the Appropriations subcommittee focused on Homeland Security, had this to say.

"I think a lot of people around here have to get serious about governing," Dent told reporters Friday night, the Hill reports. "This is about protecting the country right now. We're living in a time of enhanced, increased terror activity around North America and around the world. We need to get on with the business of funding Homeland Security."