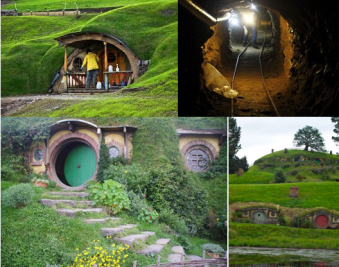 April 1, 2017 (San Diego) – The San Diego Regional Task Force on Homelessness has come up with a novel solution to shelter our region’s growing homeless population.

“By  constructing Hobbit-style homes tucked into hillsides along our border region, and connecting them  through a network of repurposed and enhanced tunnels originally built by drug smugglers, we can create a sustainable  yet unobtrusive “Homeless Hobbit Habitat,” said  Ben Diggin, task force spokesman.

Diggin, 12, says he came up with the idea after playing a video game based on  J.R. Tolkien’s Hobbit book, seeing Border Patrol raid pics on Instragram, and stumbling over sharp rocks  put up by San Diego to stop homeless people from taking shelter under bridges.

“It’s just, like, the right thing to do,” explained the creative pre-teen, son of a task force member.

Some homeless advocates voiced doubts about the project initially, until receiving assurance that the subterranean village will include services ranging from healthcare to job training and more.   An underground railway built by smugglers can be used by homeless inhabitants to move belongings as they traverse the village, using  compact ore cars to ride the rails instead of shopping carts.

A coalition of San Diego hotel and tourism companies have announced they will donate funds to pay for the innovative Homeless Hobbit Habitat .  The tourism industry stands to benefit from no longer having tourists deterred by tent cities and panhandlers in America’s Finest City.

Mayor Kevin Faulconer, shortly before rolling out his gubernatorial campaign, said of the plan to house homeless people underground, “It’s the perfect plan –moving all those homeless out of sight, and out of mind.”

Wanda Place, a homeless woman curled up behind a dumpster downtown, had this to say about the new digs.  “I’d rather l have my own gopher hole than have the cops take my sleeping bag.  Get me a shovel and I’m in.”