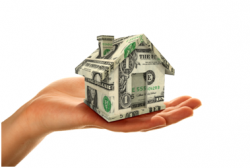 July 2, 2012 (Sacramento) – “Sometimes David beats Goliath...Just a few minutes ago, the Homeowner Bill of Rights was passed by the California State Legislature," the Alilance of Californians for Community Empowerment (ACCE) annouced. "This means that Wall Street Banks are on notice: California will no longer tolerate the unfair and abusive foreclosure practices of the big banks."

The legislation sought by California Attorney General Kamala Harris is now on Governor Jerry Brown’s desk awaiting signature. Hailed as a victory for homeowners, the landmark legislation passed despite the banking industry spending $70,000 a day on lobbying efforts to defeat the bills.

Supporters fought back with community organizing, putting thousands of boots on the ground to hold rallies in key legislative districts and launch a media campaign that “made it clear that legislators would be exposed if they choose Banks over communities,” says Vivian Richardson, ACCE.

Consumer protections in the bill include:

This campaign, under the umbrella of the ReFund California coalition, may prove to be model around the country, both for the protections won for homeowners and for the coalition that paved the road to victory.

ACCE, through its Home Defenders League, organized hundreds of struggling homeowners to help raise their voices and tell their stories. The Courage Campaign generated thousands of calls and launched a website to expose which legislators received money from the banking lobby. The California Reinvestment Coalition provided data, legal expertise and on the ground evidence from counseling agencies of Dual Tracking.  PICO led numerous faith delegations across the State, held a mass turnout event with the Governor and turned in hundreds of Prayer Cards.  The State Labor Federation. 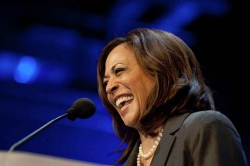 Consumers Union and other organizations also contributed to the effort, working with Attorney General Kamala Harris and the legislative leadership in Sacramento.

“Passing these key elements of Homeowner Bill of Rights represents a significant step forward for struggling homeowners,” said Attorney General Harris. “These common-sense reforms will require banks to treat California homeowners more fairly and bring more transparency and accountability to their practices in our state. Responsible homeowners will have a better shot to keep their homes.”

The California Homeowner Bill of Rights consists of a series of related bills, including two that were passed on June 26 by a two-house conference committee: AB 278 (Eng, Feuer, Pérez, Mitchell) and SB 900 (Leno, Evans, Corbett, DeSaulnier, Pavley, Steinberg).

The bill had bipartisan support in the Legislature.

Among San Diego County legislators, in the Assembly Democrats Toni Atkins, Marty Block and Ben Hueso joined with Repubilcans Nathan Fletcher and Kevin Jeffries to vote for both bills, while Republicans Brian Jones and Martin Garrick voted against both measures.

In the State Senate, however, local legislators' split votes down party lines, with Democrats Christine Kehoe and Juan Vargas voting in favor, while Republicans Joel Anderson and Mark Wyland voted to oppose the Homeowners' Bill of Rights.

Opponents including the California Mortgage Bankers Association and California Chamber of Commerce, a letter to legislators last week, contended that the measures would increase frivolous lawsuit filings and further, that the bills reflect an “overly complicated approach to prohibiting dual-tracking,” among other objections.

Passage was applauded by Senate President Pro Tem Darrell Steinberg, who concluded, “Californians will finally have a fighting chance to keep their homes, as this measure brings fairness to the loan modification and foreclosure process,. At the same time, the protection gained by homeowners will help stabilize the housing sector of our economy.”