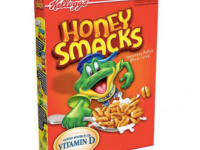 The recalled cereals in two sizes (15.3 and 23 oz. packages) have “best if used by” dates on box tops from June 14, 2018 through June 14, 2019.  Consumers are advised to throw away the cereal even if some has already been eaten without illness, since portions could still be contaminated.  Also wash any container in which you may have stored the cereal, if not in its original box.

Salmonella can cause serious or fatal infections particularly in children, the elderly, and those with weak immune systems.  It can also cause illness in healthy people including fever, nausea, diarrhea, vomiting or abdominal pain as well as rarely, systemic illnesses such as heart infections or arthritic joint pain.