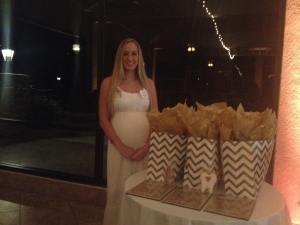 September 11, 2015 (Jamul)—Luke and Bree Rowand lost their young daughter, Kylie, to neuroblastoma last February.  Now they have started the Kylie Rowand Foundation in hopes of sparing other families from having to endure with such a devastating loss. 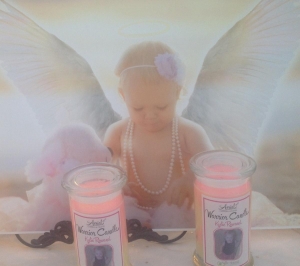 On September 9, during childhood cancer awareness month, the foundation hosted a night of remembrance to honor kids with cancer who have passed on.  The first annual wine and bunco night was held at the Steele Canyon Golf Club in Jamul. The event including silent auction items and candles sold to commemorate those lost to cancer. 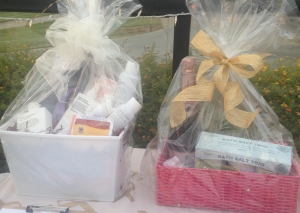 Bree Rowand, head of the foundation, participated in an exclusive interview with ECM. When asked whose idea this was, she said it was first her idea and then she collaborated with the board of directors.

Asked for details, she explained, “It’s a foundation for childhood cancer. We help families with medical bills (through the Kylie Kares program), send care packages for kids battling cancer (through Love Like Kylie), and raise money for research."

She was able to reach out to parents of kids who had cancer through the community and support groups since she’s been in the cancer community. She hopes this event will be yearly.

Asked in what ways people can support the foundation, she replied, “You can send monetary donations at www.kyliestrong.org and you can mail in gifts/toys for gift baskets for kids.” The address is 2710 Alpine Blvd, PMB 128, Alpine 91910.

The foundation has another upcoming event on Sunday, September 27 at Hooleys in Rancho San Diego from 11a.m. to 5 p.m. The Kylie Rowand Foundation, Team Parker for Life, and Sons of Charity will all be hosting this event, and raising money for research for St. Baldrick’s Foundation. Hooley’s will donate 15% of sales at Hooleys will go towards Baldrick’s. 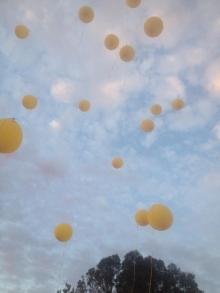 At the beginning of the evening, Rowand first had everyone gather up the gold balloons around the venue to release heavenward, for the children who have passed o and honoring their families as well. Tina from the foundation said a prayer of blessing for those kids.

Next, a memorial video was played of kids who passed away from cancer. Rowand had asked parents of kids who had cancer to send her photos on Facebook. The video showed some statistics, one of which was that 46 children a day are diagnosed with cancer.

After the video, she thanked everyone for coming and had mentioned a few more facts. One statistic is that  every 16 hours, a child dies from neuroblastoma. Bree Rowand She expressed her gratitude and her appreciation for everyone coming, adding that the support meant a lot to her.

Then a game of bunco was played, after which tthe winners for the opportunity drawing, silent auction, and the bunco game were announced.

To learn more about the foundation, go to: http://www.kyliestrong.org/. You can also visit them on Facebook at: https://www.facebook.com/TheKylieRowandFoundation.