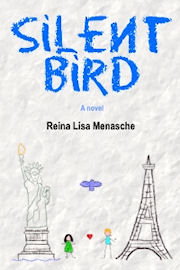 Reina Menasche calls her first love “writing fiction,” though she fulfills many other artistic and professional roles.  In addition to hosting “Bookshelf” (highlighting “local literary luminaries—and some great books to read!”), she is also a social worker, university instructor, and actress.Her first novel, Twice Begun, was a finalist in the 2013 San Diego Book Awards, and her new novel, Silent Bird, won the Outstanding Fiction Award from the Southern California Writers Conference in 2009.

Her other fiction has also been recognized in contests by organizations such as the San Diego Writers and Editors Guild.  One of Reina’s original educational plays, The Brain Game, was the recipient of an Innovative Grant by the First 5 Commission of San Diego.  She has performed in theatres and festivals throughout San Diego for the last twenty years. Reina’s blog, “Life Goes On—and We Just Try to Keep Up” can be found at www.reinamenasche.com. 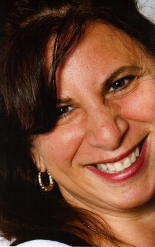 “As a social worker I’ve witnessed quite a few issues that have resonated with me or touched my heart,” says Menasche.  “My newest novel, Silent Bird, arose out of my work with Children’s Protective Services.  Specifically, I recall feeling shocked at how prevalent sexual abuse was in the histories of my teen clients—and how devastating the experience continued to be as these kids (girls mostly) transitioned into adults seeking true intimacy.  I thought: what will happen when one of these girls falls in love, and feels cherished? Will the sexual trauma ever heal? What makes someone heal, or decide to heal? How do we know love from lust or habit or manipulation when we’re young and trying to figure out who we are?  Well, from all this, Silent Bird was born.  The book—definitely a love story—takes place in the South of France and is also a story of cultural conflict and identity.”

Menasche’s launch of Silent Bird will include live music, the author reading from her book, book signing, and snacks.  Mysterious Galaxy Bookstore, an independent bookstore that hosts frequent book-related events in support of local authors, is located at 7051 Clairemont Mesa Blvd Ste 302, San Diego.  All are welcome.