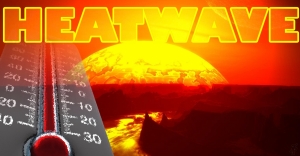 August 27, 2018 (San Diego) — The heat is on.  For those who may still be skeptics on climate change, the National Weather Service in San Diego has released statistics on record-breaking heat this summer in our region:

San Diego has experienced 31 straight days with low temperatures at or above 70 degrees.  Fifteen days had minimum temperatures that tied or broke previous records.

From July through August 26th was the warmest period on record at an average of 76.7 degrees and August is on track to be the hottest ever on record at 78.7 degrees.

The ocean temperatures measured off Scripps Pier averaged 79.5 degrees, the warmest ever recorded off San Diego – warmer than the average off Waikiki Beach in Hawaii.