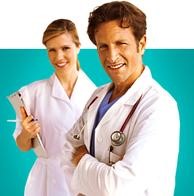 “This legislation will benefit both people with life-threatening diseases for which a cure is being sought as well as those with conditions, like Down syndrome, for which health outcomes and improvements are being pursued so they may live longer and healthier lives,” says Ginny Sessions Siller with the National Down Syndrome Society.  The organization supports the bill because “it will significantly improve the process for developing new treatments, diagnostics and tools for effective clinical trials related to people with Down syndrome.”

The National Down Syndrome Society has launched an action campaign for members of the public to contact their Congressional members about the 21st Century Cures Act at https://www.votervoice.net/NDSS/Campaigns/41268/Respond