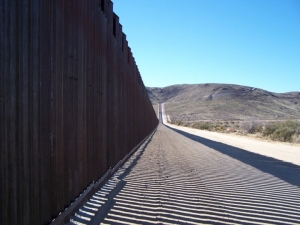 January 28, 2015 (Washington D.C.) - Leaders of the United States House of Representatives have decided to postpone a vote on the “Secure Our Borders Act.” Otherwise known as H.R. 399, the bill was called for by Republicans and would require the Border Agency to stop all illegal border crossings within five years or be penalized.

This would surely be a daunting task. With nearly two thousand miles of border with Mexico and thousands of people attempting to cross over, some say this task is impossible.

Texas Republican and Homeland security committee chair, Michael McCall calls it, “the strongest border security bill ever,” KPBS reports. However, there has been much opposition to this bill in congress. Democrats, many Republicans, and the Union of Border Patrol Agents are all against the bill.

In addition to the requirements the bill would impose, it would also call for more fencing and an even larger drone fleet. The border drone program has drawn criticism from the Department of Homeland Security in the past, who claim it is ineffective and a poor use of taxpayer money.

The Border Council says they should instead be supplied with more agents, rifles, and communication equipment. They describe this bill as, “Window Dressing,” KPBS reports.

Regardless of the decision of the House, the White House has said the President will veto any bill that would interfere with his executive order on deportation standards, KPBS reports.