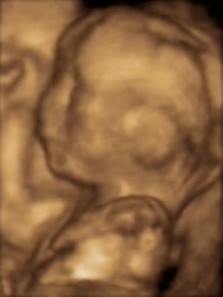 May 16, 2015 (Washington D.C.) – The House of Representatives has passed a bill to ban virtually all abortions after 20 weeks.  The bill has an exception only for rape victims, after a 48 hour waiting period.

The measure is alarming to many health professionals because a 20-week ultrasound is typically when serious birth defects such as spina bifida (split spine), hydrocephalus (fluid in the brain), anencephaly (missing part of the skull), major heart and organ defects.  Under the measure, women would be forced to carry such pregnancies to term.

Supporters of the bill contend that a fetus feels pain after 20 weeks. But the authors make no allowances for the painful treatments that children born with such serious defects must undergo. For example, an acquaintance of this author gave birth to a child with a hole in the heart and organs growing outside the body. Despite multiple painful surgical procedures, the infant died the day after it was born.  Might an abortion have been the lesser of two evils in such a case?

There are also no exceptions for a woman’s health. So a mother who already has several children could not get an abortion after 20 weeks even if she develops diabetes, high blood pressure, pre-eclampsia, or another life-threatening condition. If she develops cancer and needs chemotherapy to save her life, she’s out of luck, as this cannot be done when a woman is pregnant. The bill takes away the choice of a family to save a mother’s life instead of a 20-week fetus in such cases.

The measure passed with only Republican votes, 242 ro 184.  No Democrat voted in favor and four Republicans voted against.  San Diego Republicans Duncan Hunter and Darrell Issa voted for the measure, while Democrats Susan Davis, Juan Vargas and Scott Peters voted no.

It is unlikely to become law, since President Barack Obama has indicated he would veto it. But should a Republican win the presidential race, the reproductive freedoms of women could be erased.

Some critics contend the measure is unconstitutional, violating terms laid out in the U.S. Supreme Court’s Roe v. Wade decision.  That case held that abortions in the second trimester should be allowed in consultation with a physician for legitimate medical reasons such as serious birth defects, health or life of the mother.