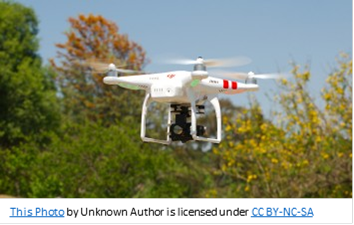 April 26, 2018 (San Diego’s East County) -- The House today passed an amendment authored by Congresswoman Susan Davis (D-San Diego) to protect emergency responders from illegal drone use during disasters. Davis’s amendment directs the federal government to work with state and local entities to educate the public about the dangers of flying unmanned aircraft into areas with temporary flight restrictions. It also calls for coordinating on enforcing current laws against such drone use.  The bill has yet to pass the House.

Davis’s amendment was passed unanimously as part of legislation to reauthorize programs within the Federal Aviation Administration.

“Unauthorized use of drones in disaster areas prevent emergency responders from doing their jobs which is protecting and saving lives,” said Rep. Davis. “With an increase of drones flying near or over wildfires, we obviously need to better educate the public that this type of drone use is illegal and can put lives and properties at risk.”

In San Diego County last year, aircraft used to fight fires were twice grounded after drones were seen flying into a restricted area.

During the fires that raged in northern California in 2017, firefighters were forced to halt firefighting activities on two occasions because of illegal drone use. Cal Fire helicopters were prevented from flying out to fires in Petaluma when a drone flew over the fires.

In that incident, a 24-year old man was arrested. He said was not aware that what he did was illegal. Drone pilots can face up to $20,000 in civil penalties for interfering with emergency response operations.

Drones flying into no-fly zones are on the rise. According to the Interior Department, incidents of drones flying over disaster areas has jumped from 12 to 42 in 2015 and 2016.

A drone flying into a propeller or engine aircraft could result in a crash, risking the lives of emergency responders and people on the ground.

Davis had another amendment to require a report on the impact climate change is having on avoidable flight delays, including delays caused by overheated runways and air that is too thin for aircraft flights. However, Republican leadership blocked the House from debating and voting on the Davis climate change amendment.

The House passed the FAA reauthorization bill on a bipartisan vote. The bill heads to the Senate for consideration.