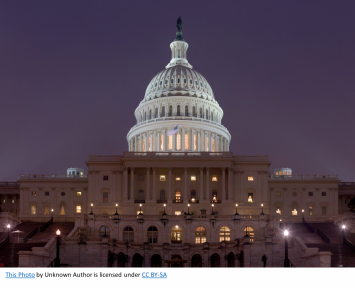 The bill aims to get money immediately into the hands of those  most in need. It includes stimulus payments of up to $1,400 per individual or $2,800 per married couple, as well as an extra $400 a week in unemployment benefits that Democrats aim to pass before unemployment extensions run out March 14.  Funds are also provided for vaccine distribution, rental assistance, reopening schools, and aid to local governments hard-hit by the COVID-19 pandemic.

The measure contains many other forms of relief, ranging from food bank funding to aid for struggling farmers. View full text of the bill.

It now heads to the Democratic-controlled Senate, where it is expected to pass by a slim margin. However, a provision to raise the federal minimum wage will likely be removed, after the Senate parliamentarian ruled that it doesn’t comply with technical requirements under budget rules.

The bill is supported by 76% of voters polled nationally, according to a poll by Politico and morning Consult. Only 17% of voters oppose the bill, with others undecided.

Congresswoman Sara Jacobs (D-San Diego), whose district includes portions of East County, stated, “For more than a year, our country has been ravaged by a deadly pandemic. And in the two months since being sworn in, I’ve met with small businesses, child care providers, non-profits, medical professionals, and health care providers throughout San Diego. The message has been clear and unified: Congress needs to act. Tonight, that’s exactly what we did.”

She adds, “The American Rescue Plan jumpstarts an expanded national vaccination program, provides needed economic assistance and stimulus for workers and businesses, and gives additional funding to state and local governments to safely reopen schools and support essential and frontline workers. This bill also makes tremendous investments to lift millions of children out of poverty by expanding the Child Tax Credit and the Earned Income Tax Credit for working families. This is a bold plan that meets the moment.”

She continues, “We need to get lifesaving vaccines to more Americans and provide relief to prevent millions of people from losing their jobs, their homes, and their health. We need to act boldly to help underserved communities and populations, including the millions of women who have been forced out of the workforce, the communities of color that have disproportionately suffered across the last year, and the minority-owned businesses that are at the greatest risk of closure. “I was proud to vote for the American Rescue Plan Act, and I urge the Senate to swiftly pass this legislation to get help to the American people.”

But Congressman Darrell Issa (R-San Diego), East County’s other newly elected representative, voted against the measure via proxy while attending the CPAC conservative political action convention, denounced the American Rescue Plan as “too big and too expensive, but that is not the worst of it. This bill contains no coherent commitment to open up our economy, get our fellow Americans back to work and get our kids back in school where they belong,” he says, noting that some education funds are budgeted for future years.”

Issa adds, “Desperate families will think relief is on the way. It isn’t,” a statement that ignores the fact that stimulus checks, unemployment benefits and some other forms of relief would be effective right away.

Issa further states, “I cannot support this legislation in this form. It won’t deliver on its promises and I am concerned that it may even do more harm than good. This bill doesn’t just contain wasteful spending — it cements a waste of time so many Americans don’t have. COVID relief should be focused on helping people get vaccinated this year, get back to work this year and get back to school this year. We could pass such a measure, in a bipartisan way.”