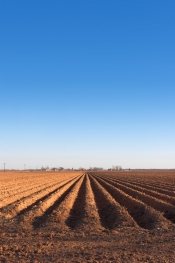 December 10, 2014 (Washington D.C.)--A bill passed by House Republicans is reigniting water wars in California and faces virtually certain defeat in the Senate, due to opposition from both of California’s Senators and a veto threat by President Barack Obama.

Dubbed the California Emergency Drought Relief Act, the measure seeks to bring relief to large agricultural growers in the Central Valley at the expense of urban areas –setting up a classic confrontation as the state suffers its worst drought in 1200 years. Opponents call the measure a water-grab designed to help farmers at the expense of others, also decimating the state’s salmon industry by wiping out environmental protections. The measure pits north against south in California, and in Congress, Democrats against Republicans.

The House leadership rammed through the last-minute measure without full public hearings.  Speaker John Boehner says, “The people in the Central Valley are living through a disaster.” Helping  farmers also helps all who rely on California agriculture, he added.  Supporters also cited a need to help protect agricultural jobs.

But the latest version, introduced by Congressman David Valdado, also a California Republican, has drawn sharp opposition and was rammed through the House without public hearings.  It passed with 230 votes, including mostly Republicans joined by a half dozen Democrats.

The bill would move water to users south of the Sacramento-San Joaquin Delta as well as to farmers, also speeding up federal decision making on water projects and encouraging, but not mandating new water storage.  It’s designed as a short-term measure to last a year and a half.

But Congressman George Miller, a Democrat, says bluntly, “You don’t just get to take your neighbors’ water. This just reignites the California water wars,” he says,  McClatchy News Service reports.

Nunes says the House bill is about San Francisco and Los Angeles getting all of the water, while depriving other drought-stricken regions of the precious resource. Over 99 percent of California is currently suffering moderate to severe drought, even after the recent rains.

Senator Feinstein spent months negotiating the water bill, but in the end, many of her major concerns were ignored.  She has voiced concern over provisions that would waive environmental protections and says those provisions must be changed before she can support the bill.

California’s other Senator, Barbara Boxer, also a Democrat, says she opposes the House bill because it would dictate pumping levels regardless of the opinions of scientists, thus it could jeopardize California’s salmon industry, Associated Press reports.

An original House bill began way back in February, seeking to authorize four new dams and removing wild and scenic protections. The Senate introduced its own alternative measure, leading to months of closed-door sessions seeking to hammer out a compromise. But in the end, House Republicans largely ignored critics to ram through a bill that has zero chance of passage, according to major media outlets and Congressional analysts. Even if it were to pass the Senate, a seemingly remote possibility, there are not enough votes to override a presidential veto, which would require two-thirds in both the House and Senate.