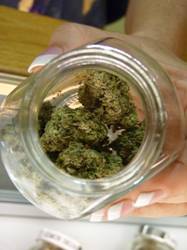 "This is a policy that is long overdue, and it's good to see such strong support for it in the House," said National Cannabis Industry Association (NCIA) executive director Aaron Smith. "Medical marijuana has huge potential benefits for many of the issues that military veterans deal with, and it's unconscionable to muzzle their doctors from talking about it. "We hope this vote for common sense and compassion is the first step this year toward a smarter, saner approach to cannabis policy from Congress."

NCIA members flooded the Hill last week for its 6th annual Cannabis Industry Lobby Days. Nearly 150 cannabis professionals from across the country held nearly over 200 meetings with members of Congress and their staffs to press for cannabis policy reform just as Congress is beginning the appropriations process.In past years, amendments to appropriations bills have successfully protected state-legal marijuana patients and providers from federal interference.

The U.S. Dept. of Veterans Affairs officially states that despite anecdotal stories of cannabis helping PTSD symptoms, controlled studies have not been conducted to evaluate the safety or effectiveness of medical marijuana for PTSD. Thus, there is no evidence at this time that marijuana is an effective treatment for PTSD.” Moreover the VA site states that substance abuse issues involving marijuana use have increased in vets with PTSD.

A CBS News national poll from last month shows that 56% of Americans support full legalization of marijuana, with an eye-popping 90% supporting legalization for medical use.