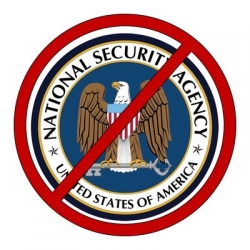 May 18, 2015 (Washington D.C.) – The House of Representatives has voted to end a controversial provision of the Patriot Act. On May 13th, by a vote of 338 to 88, House members passed HR 2048 that would end the National Security Agency’s collection and storage of bulk data from Americans’ phone calls and other telecommunications.

In a rare show of bipartisan unity, all five of San Diego’s Congressional members voted for the bill. But the measure faces a steep hurdle in the Senate, where the Republican leadership opposes the bill.

Instead of massive data sweeps of all U.S. residents, the bill would require that the NSA request authority from the Foreign Intelligence Surveillance Court before searching any telecom records involving U.S. citizens.  The agency would have to provide specific information to identify its target as part of a terrorism investigation.

The bill also sets up an outside panel to advise and monitor the intelligence court on privacy issues—and requires prompt disclosure to the public it the court ever approve an overly broad records search.

which is why I don't use a phone. They will have to get their kicks from my many web comments, which doesn't indict any other party including M. Raftery who graciously puts up with me.