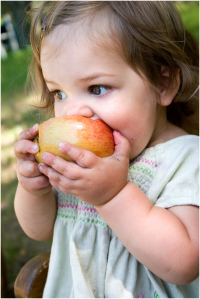 August 4, 2013 (San Diego’s East County) – By a bare majority, the Republican-controlled House of representatives passed the Farm Bill after stripping out all funding for food stamps to feed the poor, but approved lavish subsidies for agribusiness.  After the Senate passed a less extreme version, a conference committee is now seeking a compromise. But thus far, the Republican leadership has shown no concern for the potential to leave millions of Americans facing starvation.

Issa’s 49th district includes 7,691 households receiving food stamps (Supplemental Nutrition Assistance Program, or SNAP). Of those, 44.2% have incomes below the poverty level and 79.5% have children; 20.2% have at least one senior citizen.

A New York Times editorial has called the action “one of the most brutal, even in the short history of the House’s domination by the Tea Party.” The same members who voted to starve the poor also voted to approve corporate welfare in the form of subsidies “demanded by the corn, rice and sugar barons who fill campaign coffers.”   The House even approved creating new subsidies for peanut and cotton farmers.”

“These cuts will be particularly painful for the many families who struggle to have enough to eat at the end of each month, even with SNAP assistance,” said Stacy Dean, vice president for food assistance policy at the Center on Budget and Policy Priorities. Last week, the Center released a report finding that 47 million people who currently receive food stamps are already set to have their benefits reduced.

House Speaker John Boehenr (R-Ohio), asked if he would allow a compromise bill to come up for a vote before the Farm Bill expires in September, replied, “If ands and buts were candy and nuts, eery day would be Christmas…My goal right now is to get the farm bill passed. We’ll get to those other issues later.”

The House has not introduced any other measure to restore Food Stamps at any level.  But even if it were to pass a bill separately, if stripped out of the Farm Bill it would mean an annual battle for Food Stamp funding and the potential for showdowns and threats of government shutdowns each year—tactics the current GOP has wielded to extract cuts in other programs.  The GOP is now talking about mandatory drug tests for all Food Stamp recipients, along with employment requirements, though jobs in the current economy are scarce in many regions of the country  and in fact, the majority of families who currently receive Food Stamps already have an adult family member who is working – but often at wages too low to feed their children.

In East County and statewide in California, elimination or even deep cuts in Food Stamps could have huge impacts on local families.

Hunter’s 50th District, which includes much of East County, has 4,230 households on Food Stamps, 43.5% of which have household incomes below the federal poverty level. Of those, nearly all (84.2%) have children and 24.3% have a senior citizen to feed.  As for the misconception that Food Stamps are handouts mainly for minorities, in Hunter’s district, 76.1% of Food Stamp recipients are white.  Nor are the benefits easy to get.

ECM has tracked the case of one local widower in his ‘60s who has undergone chemotherapy for lymphoma cancer and suffered a heart attack in the past year.  He has taken part-time work when he can find it but has had bouts of unemployment and days when he is too ill to work. Yet his Food Stamp benefits were recently cut due to an agency’s mistake regarding residency – an action that forced him to go to court to restore the benefits.  That took months of bureaucratic delays, and in the meantime he had no money to eat and was dependent on the charity of friends and some days, went without eating entirely.

According the U.S. Department of Agriculture (USDA), in fiscal year 2010 (the last full year data available) SNAP provided $5.7 billion to over 3.2 million people in California.  Across the U.S., 47 million people are dependent on SNAP food stamp benefits which are meager at best - $4.39 a day per household, according to the New York Times. This includes some recipients who are too elderly or disabled to work.

One in five American children don’t get enough to eat; that’s 16 million kids facing food insecurity in the U.S according to the noprofit group No Kid Hungry. http://www.nokidhungry.org/problem/hunger-facts.  The U.S.D.A. reports that 20% of people living in very food insecure households have gone without eating for an entire day three times a month.

If Food Stamps are eliminated, what will the health impacts on these families and their children be?  On seniors and the disabled? Can the poorest of the poor even survive?

These are serious questions, and thus far the Republican leadership has failed to demonstrate any compassion or concern for even the most deserving recipients of federal benfits to prevent starvation.

Congressman Juan Vargas, whose district includes the southern portion of San Diego and Imperial Counties, has 23,500 households that rely on SNAP benefits in his district. He said he is proud of his vote against the House measure and praised the SNAP program for stopping “ seniors with limited incomes, children who need nutritious foods to develop, and veteran who have fought selflessly for our country from going hungry.”