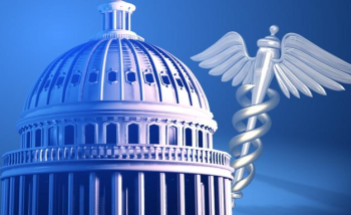 By Miriam Raftery
July 19, 2019 (San Diego) – By an overwhelming 419 to 6 vote, the House of Representatives has passed H.R. 748, the Middle Class Health Benefits Tax Repeal Act of 2019.  The measure, if approved by the Senate and the President, would repeal the so-called “Cadillac Tax,” an Affordable Care Act provision set to roll out in 2022 (postponed from 2020). It would impose a 40% excise tax on generous employer-provided health insurance plans for employees and families.
An estimated 181 million Americans receive health insurance through an employer.. Recent polls indicate that over 80% of voters oppose taxing employer-provided health insurance.
The bill had strong bipartisan support as well as the U.S. Chamber of Commerce.
National Electrical Contractors Association Chief Executive Officer David Long says his union’s members
San Diego Republican Duncan D. Hunter joined with Democrats Susan Davis, Mike Levin, and Juan Vargas to support the measure. Democrat Scott Peters opposed it.
“Millions of Americans rely on employer-sponsored benefits to provide for the medical needs of their families,” Rep. Hunter said in a prepared statement. He called the tax an “unfair tax” that would result in “higher deductibles, fewer services, and less accessible health care.  We can definitely do better.”
Repealing the 40 percent excise tax on generous employer-sponsored health plans would increase projected federal deficits by $197 billion through 2029, according to the budget office, and so far there is no plan for replacing the lost revenue, the New York Times reports.