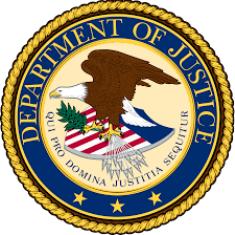 April 9, 2016 (El Cajon) – The U.S. Department of Justice has announced the arrest of an El Cajon couple charged with forcing an Indonesian woman to work in their El Cajon home up to 18 hours a day without pay.  The victim was rescued after giving a note to a visiting nurse asking for help.

Firas Majeed and Shatha Abbas were arraigned Friday on a criminal complaint before U.S. Magistrate Judge Karen S. Crawford. They were charged with forced labor, trafficking and document servitude.

U.S. Attorney Laura Duffy praised the victim for having the courage to seek help, and the healthcare workers who responded to her note. “Human trafficking is a deplorable practice that amounts to modern slavery, and many of these victims are hiding in plain sight,” Duffy said. “Bringing human traffickers to justice and assisting trafficking survivors is one my top priorities. We all need to work together to recognize the signs and put a stop to this devastating crime.”

The charges include allegations that Majeed and Abbas benefitted through a scheme intended to cause the victim to believe that she would suffer physical restraint if she did not perform labor and services. Majeed and Abbas are also alleged to have concealed the victim’s passport in order to prevent and restrict her liberty to move and travel, and to maintain her labor and services, according to a press release issued by the Justice department.

The victim reported that she was previously held at a home belonging to relatives of Abbas in Dubai in the United Arab Emirates. In Dubai, the victim was allegedly required to provide domestic services for 20 hours a day, every day, for five years. The victim was not paid a salary, and was directed to travel to the United States and work at the home of Majeed and Abbas.

The complaint further alleges that the victim traveled to El Cajon with Majeed in November 2015,  where she was forced to provide domestic services, including cleaning and laundry, for the entire household, for 16-18 hours every day. The victim reported that she received no days off and was not paid for her services. The victim also reported that she speaks no English, had no money, and was not allowed to leave, except to throw away the family’s trash.

The victim was removed from the residence on March 22nd by agents from Immigration and Customs Enforcement’s Homeland Security Investigations. Healthcare workers reported to the national Human Trafficking Resource Center that the victim was seen in the back of the residence and closely monitored. Agents translated the note requesting help that the victim had provided to a visiting nurse, which prompted her rescue.

Victims of labor trafficking are often overwhelmed by fear, and they fail to report crimes against them. Frequently victims are unfamiliar with U.S. culture. They may be unaware of their rights or may have been intentionally misinformed about rights in this country. Many don’t speak English, and are unable to communicate with service providers, police, or others who might be able to help them, a press release from the Justice department indicates.

They many times don’t self-identify as victims and often blame themselves for predicaments. Many are not legally in the U.S. and they have a fear of being arrested or deported. Even though an unfortunate number of victims have been beaten and/or raped, they feel their current situation may still be better than where they came from. They may be afraid that speaking out may result in harm to families in their home countries, who are often threatened by traffickers. For all those reasons, these cases are tremendously difficult to investigate and prosecute.

Dave Shaw, special agent in charge of Homeland Security for San Diego, added, “Today’s arrests bring to light the sad reality of modern day slavery.  HSI will not tolerate any form of human exploitation.  Forced labor, which often involves individuals who are held in isolation, degraded, and most alarming – stripped of their basic human freedom, has no place in a modern society.”

Majeed and Abbas are scheduled for a preliminary examination before U.S. Magistrate Judge Jan M. Adler on April 21, 2016. If convicted, they could face up to 20 years in prison and a $250,000 fine.