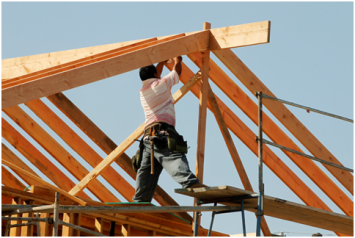 Originally published in Times of San Diego, a member of the San Diego Online News Network

That was the conclusion of a tough new report by the San Diego Regional Chamber of Commerce and Greater San Diego Association of Realtors, who warned that the region as a whole is building only 50 percent of the homes needed, and very little affordable on a low to moderate income.

The “housing scorecard” released Thursday found that lack of affordable housing is driving seniors and families out of the state and hurting the San Diego economy.

“Time and again we hear from employers who say their employees and potential employees can’t find housing they can afford,” said Jerry Sanders, chamber President and CEO. “For businesses in San Diego to continue to grow and create jobs we need to make sure our workforce can afford to live here.”

Among the findings from the scorecard:

“When San Diegans leave town, we lose part of our tax paying population and our community. And when housing is too expensive, businesses and jobs choose to go elsewhere,” said San Diego Mayor Kevin Faulconer. “San Diegans literally can’t afford to wait for their elected leaders to act.”

Bob Kevane, board president for the local Realtors association, said environmental regulations and government fees are a significant part of the problem, and also proposed making a home’s property tax base portable at any age, to allow older people to move without facing much larger tax bills.

Isn't it interesting how developers are the ones complaining about not being able to build housing, but when they do, it ends up being expensive housing ? Since the days of Pete Wilson and his "living for free" in a condo provided by local developers, San Diego has allowed this Special Interest Group almost free reign to do as they please, at the expense of basic families. Until San Diego turns in the direction of improving forgotten neighborhoods, meaning upgrading older housing, this "issue" will be pushed into the wrong direction. Upgrading existing housing makes more sense, but does not yield the financial outcome many developers have come to enjoy and rely upon. With water issues, fire issues, and a population growth problem, it is really the only solution to a somewhat "made up" problem, by the same individuals who helped to create this "problem" in the first place.

So realtors and the chamber of commerce want to attract more people to our already crowded area. If people can't afford to live here they can go to a place that meets their level of experience and education.

here then let them go to a place where the cost of living suits their level of education and abilities.