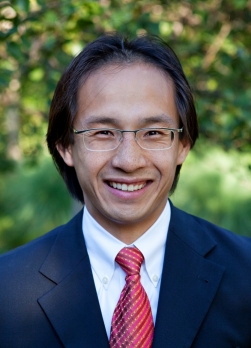 November 11, 2020 (San Diego) – With Santee’s City Council candidates separated by just two votes and Supervisor candidates Joel Anderson and Steve Vaus just seven votes apart, readers have been asking questions.  What happens if there is a tie in a local election?  (One on social media suggested determining the winner via a duel.)

Does a close race trigger a recount?  Have any local races changed when a recount was done? When will the counting be done?

ECM reached out to San Diego Registrar of Voters Michael Vu to get answers to these and other questions.

Q: What happens if there is a tie?

Q:  What if a candidate won’t agree to drawing lots.  Is there any provision that would allow a run-off in an exact tie?

Q: Is there a margin within which a candidate (or another voter) is entitled to a recount?  Is that free?

A: No.  There is no automatic recount threshold in California law.  A voter who requests a recount would have to put a deposit down.

Q: How much does it cost to recount a city council race with district elections, or a supervisor race?

A:  There are many factors that go into determining the cost of a recount and many of these factors need to be answered by the requestor.

Q: Have you had any races where results ever changed as a result of a recount? If so, what’s the biggest margin you’ve ever seen change in a recount?

A: I am not aware of any….Any recount conducted in the last 14 years has resulted in the requestor stopping the recount before all votes for the specific contest have been recounted.

Q: How rare are errors in the counting process used locally, understanding that no system is foolproof?

A:  By the time an election is certified, the ROV has moved to reconcile any questionable marks made by a voter on his/her ballot and verified that the tabulation system is accurately counting votes.

Q: Is there an audit normally done in close races like this and if so, how long would that take?

A: Before any election is certified, the ROV is responsible for conducting a canvass of the election. This includes conducting a 1% Manual Tally of ballots. It also means reconciling what ballots were issued and what was counted.

Q: What day do you anticipate all of the ballots will have been counted?

A: December 3. This is the certification deadline.