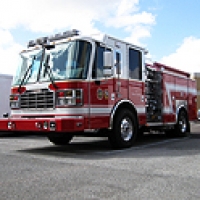 March 24, 2014 (San Diego’s East County) -- The $787 billion American Recovery and Reinvestment Act of 2009 (Recovery Act) was passed by Congress and signed into law by President Barack Obama in February 2009.

East County Magazine took a look to see what some of the projects are in East County that were funded with federal stimulus funds.  These include:

·        Transportation projects in Spring Valley including bridge and road repairs

There were also many countywide projects funded, such as rental subsidies that helped 146 homeless families or those in danger of becoming homeless, assuring that over 250 children remained in school. Other countywide projects include nutrition programs to help senior citizens programs that encouraged hiring youths and seniors, funds to retrofit school buses to reduce pollution, and energy retrofitting to increase energy efficiency of buildings.

Cleveland National Forest also benefitted from stimulus funds for research and outreach on the gold spotted oak boring beetle and sudden oak death –this after 12,000 oak trees in East County died from infestation.  The U.S. Forest Service also received an award for removal of invasive weeds.

Not every project that the County applied for got funded. Some that didn’t include a water quality project in Campo and a proposal to improve safety along a section of Highway 67.

You can get a full list of stimulus projects funded or proposed by San Diego County at:

www.recoverysdcounty.org  The site also has links to the Federal Recovery Web site

and California Recovery Web site where you can learn how stimulus funds were spent statewide and across the nation.